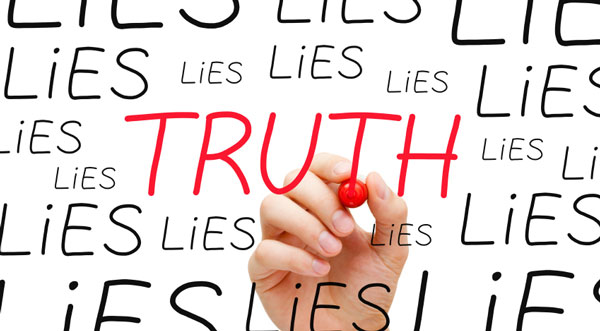 At some point in our history, there must come a time when people really start to think like citizens for a national cause and not remain divided over partisan differences. Hardly a day goes by in Saint Lucia without some quantum of mischief being peddled by people whose sole agenda seems more to destabilize progress, ostracize opponents and bastardize integrities. Ostensibly, people seem inclined to be overly partisan even when the party’s not on.

In no way am I trying to stifle anyone’s freedom of expression here. I would dare not do such a thing now or in the future. We have certainly come many miles to being able to express ourselves, which is in itself, shameful. To think that some people on this planet had the right to speak their mind ages before so-called minority groups did will forever remain one of the atrocities of that undermined word we use so eloquently these days: humanity.

But it seems that few people really do take their responsibility seriously, especially in their roles as citizens. Rather than using whatever voices and medium they possess to enlighten, educate and reach out in a meaningful way, the attraction to peddle half-truths and complete lies at random seems juicier, salacious and gratifying.

On Saturday evening, a friend of mine asked me via Facebook profile why I hadn’t reported anything on the Cabinet reshuffle that occurred a week and a half prior. I immediately went into defence mode because I literally have to go through all press releases on a daily basis, including those from the Prime Minister’s Office. Did I miss something? Playing along, I indicated that bigger reshuffles are on the way.

That’s when my friend told me that had it not been for the Gazette, she would not have known the reshuffle had taken place and that she was disappointed with the media for not reporting these changes. She even asked whether I was being threatened. Jokingly, I responded that the last time I took a threat seriously, I laughed.

The conversation shifted immediately early Sunday morning when another friend of mine, Dawn French, Deputy Permanent Secretary in the ministry the reshuffle was said to have taken place, joined the conversation online. “In Stan Bishop’s defence,” French said, “he cannot report on a reshuffle that has not happened.”

That’s when this reply came: “Good to know that we can get information from a DPS/PS in that said Ministry…..Great job Dawn French….” Another friend of mine joined the conversation, positing what the purportedly reshuffled minister aimed at doing with his ‘new’ post: appealing to the former sports minister’s youth demographic.

To make matters more interesting, I came into work later that morning, took a photo of the list of Cabinet ministers and their respective portfolios that I printed one day after the swearing-in and posted it under the lengthy conversation.

Lo and behold, as I saw with my own eyes at the swearing-in in Vieux Fort, Edmund Estephane is listed as “Minister in the Ministry of Equity, Social Justice, Empowerment, Youth Development, Sports, Culture and Local Government”. That seems too many responsibilities for him, if you asked me, considering his pandering on the Labour Code during his entire last term in government.

Since Sunday morning, neither of my two friends who seemed adamant about me peddling their erroneous information has either apologized for making their statements. Not that I deserve or am waiting on it, anyway. But it just confirms even further that not everyone I call my friend sees me as theirs. That I would be called out openly for not doing my job when erroneous information is being used as a basis for me not doing so seems unfair, don’t you think?

Especially during the last elections campaign, I was on the receiving end of tons of information that came from suspect sources. I say “suspect” because whenever I tried to contact people who sent me information they assured me was the perfect scoop, I was either blocked from those cell phone numbers or was told that those numbers were not in service. I would dare not ascribe any political shades to those instances of correspondence, either, because mischief has no definitive colour.

Okay, here’s the thing. The media is there for many reasons, including informing their audiences. Inasmuch as some people get the impression that media people have “slow days”, many of us literally have packed days that often keep us away from our homes and families for inordinate lengths of time.

The last thing I would wish for is the media being used to peddle people’s selfish, untruthful agendas. To do that would be robbing us of that time we could have been highlighting that budding young entrepreneur just opening a business or bringing that unemployed mother of five’s economic plight to the fore. Besides, I read and heard enough lies peddled by both political parties on the campaign trail to even jump at the thought of entertaining new ones.

Let’s be sensible here, shall we? A new government was sworn in three months ago. Like many, I, too, am eager to see things move at a faster pace than they currently are. I can deal with putting pressure on them to deliver on their promises to the benefit of all of us. What I will not subscribe to, however, is being part of any secret plan to subvert any government, political party or person because I have differences with it. If any government fails, then the citizens fail. Besides, the politicians we risk our reputations to protect at any cost come and go but we all know that getting rid of our socio-economic problems seems much more difficult than attracting them.

In the interest of country, let us try to raise the level of discourse by offering views that would redound to the benefits of all of us. As was the last, this government is also ours, so let us keep them in check as we did every other. But if we continue to judge each other based solely on a colour scheme and hope that people fail, we do a disservice to ourselves by  asking for much change in our country but offering little or no meaningful contribution to that cause.