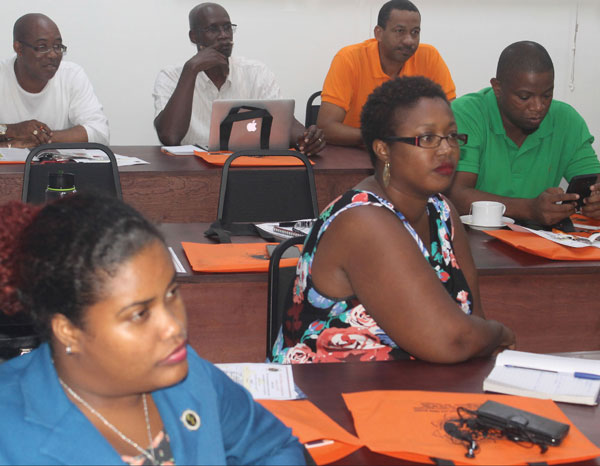 THE Managing Director of the Eastern Caribbean Telecommunications Authority (ECTEL) Embert Charles is optimistic that a resolution is in sight to deal with differences with new company, FLOW which arose following the merger between LIME and Columbus nearly two years ago.

Relations between ECTEL and FLOW have been stalemated for several months over ECTEL’s unsuccessful attempt to get FLOW to comply with certain requirements which were intended to benefit consumers..

To date, there has been no resolution to the ongoing issues, but Charles said during a forum with members of the local media over the weekend that there is a glimmer of hope in the near future which will benefit the consumer.

Charles said ECTEL had some discussions with the company trying to arrive at mechanisms to ease the burden on the consumers. However negotiations broke down after a few months.

But all hope is not lost. Said Charles: “While we’re doing that we’re gathering the expertise to assess in that regard. In the meantime, what I could tell you is some of the licences are up for renewal and the regulator is now considering the applications before us for these renewed licences. At the same time, the policy makers will be thinking, if the law permits, what kind of provisions can be put in the renewed licence to address the impact that we were trying to address in the negotiations which we were unable to do.”

Addressing the issue of complaints which have arisen since the merger, Charles said there is a clear and definite means of getting one’s voice heard: “It is ok to create a groundswell by having calls to the media, by writing letters to the editor and so on forth, but if this is not properly documented and channelled, it can’t be used as evidence anywhere and it can’t be identified with anybody.

“I think we’re in a situation where if consumers need support, especially legal support, we have the mechanisms in our respective societies to provide legal support to consumers who will be undertaking a legitimate issue in the benefit of all persons.”

Charles said there is a simple 1-2-3 step procedure to follow when trying to seek redress for poor service:
1. Seek redress from your service provider.
2. If within a certain period of time, by law it is 30 days, you haven’t found redress, then you report to the NTRC in Saint Lucia. There is a simple form asking for your particulars to identify you as a complainant and the nature of your complaint. The NTRC will assist in the investigation and do whatever it has to do and will seek redress on behalf of the consumer.
3. If that’s not done then it is elevated to the higher level which is ECTEL where they may need some additional expertise and make a recommendation to the Minister in so far as addressing the breach by the provider.

Charles added: “There is obligation within current law. The Saint Lucia government has passed the Consumers Protection Act and there’s obligation even before that with the Bureau of Standards that if you have certain standards that you have to uphold, and you fall short, there are means of redress”.