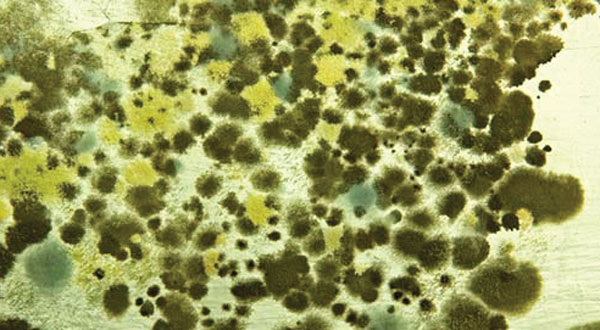 I was exploring and stumbled upon a decaying ceiling board or a “fungal infection” in my house. I decided to do some research to figure out what was this thing. This piece of faecal matter protruding from the rafters had me puzzled for a second. It looked like it came straight out of a horror movie. Making my haste to investigate this disaster in the making, I thought to myself, “Please, let it not be anything serious” but MOULD! Yes it happened to me.

It took me a while to understand why I was always getting flu like symptoms by just being in the comfort of my home. I thought I had a weak immune system but I was the healthy one all along. As a result of the mould, the entire atmosphere changed. The air I breathed was causing nasal congestion, eye, throat, and skin irritations, not to mention the lack of productivity which came with constant searching for tissue.

Mould, one type of fungus, which is different from bacteria. Moulds are eukaryotic micro-organisms, fungi, plants and animals all composed of these micro-organisms; they are decomposers of dead organic material such as leaves, wood and plants.

The spores and hair-like bodies of individual mould colonies are too small for us to see without a microscope. Hence the reason it is so dangerous. Many of us think that pellets on the floor may be animal droppings from bats in the ceiling or rats running around. When we see the piles of dust on our floors we don’t realize that may be mould decaying all around us. It escalates when we are in our offices locked up in air conditioning breathing in toxic air for more than seven and a half hours daily.

Mould wants to stay and we need to kill it from the root. We should not waste time with sterilizing as a means of solving the problem; it’s a mere mask. Most buildings across the island are aged and some new ones are still uncared for. Mould for certain have compromised these buildings. These walls within which you sit may be infested with that fungus.

We have all trusted pressure washing to do the job of tackling mould! To be honest, we are adding insult to injury, aiding the problem by trusting the ‘genius’ who uses biocides to eradicate the fungus. Most of these biocides are advertised as miracle cures. They try to sell us rocket science by trusting products that help the problem gain even more strength. These products are basically useless because the particles evaporate within the day of application. Let’s take our air back, people; we cannot afford to deal with a society filled with patients suffering from respiratory illnesses.

We need to stop taking mould for a joke. We need to stop saying ‘I have a sinus condition’ and eradicate the source of our troubles, the burden that all of us dread the most.

We need to think deeply of the greater impact of mould and look closely at this problem and solve it. The thing is that there is already a cure and it is backed by a 100 year guarantee. It’s name is RX 100 Remedy, but the funny thing is not just the name, it’s an antibacterial but it kills better than the best acid but in the smartest way. Not like these ‘hand sanitizers’ that we used to think was the holy grail in mould control. RX100 Remedy is the product that works.

Studies done by the World Health Organization (WHO) after a 10 year report presented by European Union (EU) governments and also the American Industrial Hygienist Association (AIHA) in 2012 proved this theory. The developer of RX100 Remedy has been involved in continuous testing and evaluation of the mould fighting formula and these results have been positive, test after test for almost two decades.

RX100 Remedy is what you really want to look for. Especially if you want to keep your children alive and comfortable, with this basic necessity that most of us take for granted, clean air. This formula was developed to be a product that kills the mould from the root and protects all treated surfaces from future infestation. All signs of mould simply disappear. You have to see it to believe it.

When a great amount of mould is growing on a surface, for example, the roof of the Gros Islet Secondary School, Sir Arthur Lewis Community College, Ministry of Physical Development and the old faithful High Court Building, it often appears black, blue or green. The colour of the mould is determined by the type and is influenced by the nutrient source, surface substrate and the age of the colony.

You can learn so much, not just about RX100 Remedy but for us to finally understand how to kill this nuisances of a fungus, that serial killer called mould. Let us prevent ourselves and our children from becoming diagnosed with any form of lung infection due to mould. Let us think, that may just lead to lung cancer which may end in death.