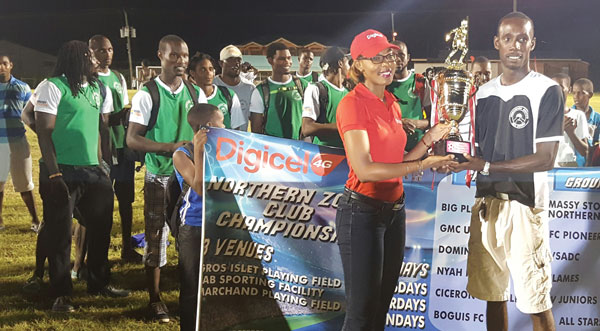 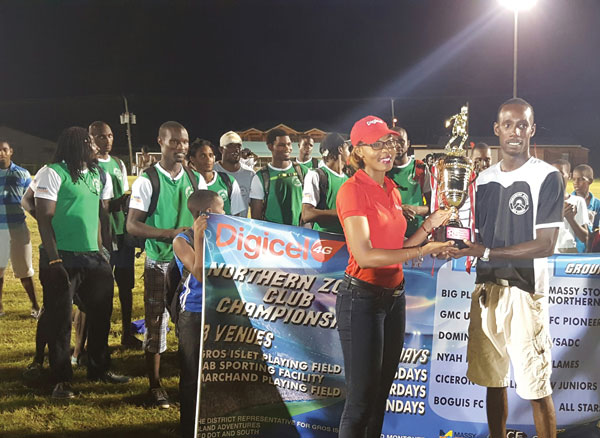 With an extensive sports investment sponsorship profile for 2016, Digicel last Sunday through its partnership with Northern United All Stars concluded yet another thrilling sports tournament at the Gros Islet Playing Field.

Emerging as champions of the Northern Zone was Massy Stores Northern United who defeated LA All Stars three goals to nil during an exciting final. Big Players FC also defeated VSADC one goal to nil to capture the third place title on Sunday.

The objective of this football tournament was to revamp club football in St. Lucia. August 7 marked the commencement of the inaugural Digicel Northern Zone Club Championship Tournament, the latest of club structured football which was added to St. Lucia’s football calendar.

Speaking at the closing ceremony on Sunday, Marketing and Communications Executive at Digicel, Louise Victor said: “To every player standing here today, to every resident, spectator and football lover who supported throughout the tournament, I want to congratulate you all. Your support has been critical to the success of this tournament.

“At Digicel, we saw the value in this tournament as a step in the right direction in youth and sports development. Given this tournament’s objective to address the issue and lack of club football in St. Lucia, which ideally is how the sport is developed globally, along with other grassroots programmes we definitely saw it worthy to help champion the efforts by the organizers in achieving this goal.

“At Digicel, we pride ourselves on touching lives in every way in everything that we do; whether it’s through education, sports or arts we believe in aiding in creating opportunity for as many young people as possible to harness their creative talent. For you young men, we are proud to have been a source of support for you all throughout this tournament through your gift of football.”