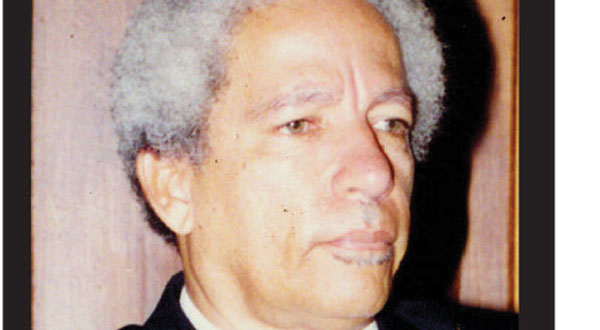 Making a Mountain Out of a Mole Hill

The combination of three doctors arrayed against a puny citizen should definitely result in a crushing of the latter’s head. But what if it be the reverse! WHAT IF!

It must have been for that very reason that the very great Lord Mansfield first ensured that he was master of all the facts and the law before delivering a judgement.

The appointment of a Deputy Speaker does not give rise to any complicated facts to be examined in the light of laws hidden in the breast of judges. Every man, therefore sufficiently grounded in the rules of syntax should be able to determine for himself, without legal aid, what the Constitution of the House of Assembly says to him, set, as it is, in layman’s English. It could not have been made simpler to chew and digest.

The position taken in the House by Dr. Kenny Anthony on the 13/9/11 is, that the failure of the U.W.P Government to fill the vacancy created by the Deputy Speaker was illegal, which, in turn, made every decision taken illegal. That point was fully endorsed by his wife Professor Antoine in her article of the 17/9/11, entitled, “Ah Deputy Essential”, to which I replied, “Ah Section 29 (1) Essential!”

The pertinent questions put to her were:
1) What is your interpretation of section 35 (3) of the Constitution; and
2) Why do you think the content of section 35 (3) was left out of section 36.
Section 36 (3) provides that “No business shall be transacted in the House (other than the election of a Speaker) at any time when the office of Speaker is vacant”.

The Professor’s conclusion is that “all references to the Speaker are to include the Deputy Speaker unless the context specifically excludes it.”

My answer is that the context excludes the office of Deputy Speaker. Had its exclusion not been intended, Section 35 (1) would have included the words “Deputy Speaker”, and might have been framed thus:

“When the House first meets after any general election of members and before it proceeds to the despatch of any other business it shall elect a Speaker and a Deputy Speaker, and no business shall be transacted in the House when the office of Speaker or Deputy Speaker is vacant”.

To my mind section 36 (which deals with the election of a Deputy Speaker), was created for four main reasons:
1) to explicitly exclude section 35 (3), the bone of contention;
2) to have the Deputy Speaker elected from among the elected members only, unlike the Speaker;
3) to provide that when a vacancy exists, the need to fill the vacancy of Deputy Speaker was not as urgent as that of Speaker: the adverbial clause of time, namely, “as soon as practible” and as soon as possible”, do so indicate; and
4) to conform nicely to the rules of legal drafting by avoiding confusion, ambiguities and uncertainties.

When one considers the respective roles of Speaker and Deputy Speaker, the degree of importance between them becomes obvious. The only part that the Deputy plays is to take the Chair “when the Speaker is unavoidably absent.”.

The Deputy Speaker’s role is much too miniscule to equate him with the Speaker, to the intent and with the effect that the House would be debarred from meeting once the office of the Deputy was vacant. I am unable to find where, in the general context of the provisions under consideration, the Constitution has elevated the Deputy Speaker to the rank of the Speaker.

Now, since Dr. John has abandoned his ejusdem generis and has not substituted noscitur a sociis (meaning, “a word or phrase can be explained by a study of its place in the general context”), where are the other pillars of support to sustain the argument of the other two very distinguished doctors?

As a last resort, in an attempt to salvage an apparently lost cause regarding the effect of a vacancy in the office of Deputy Speaker, Dr. John poses this argument:

“As I see it, the Opposition has a choice that would subvert its voting potency. What if there is a rebellion within the ranks of the majority? That “one” vote of the Opposition could determine who will be the next Prime Minister.”.

That argument, potent as it sounds is devoid of any potency, carrying a portent unfavourable to the writer himself. I say so, because the writer is convinced that a person elected to the House of Assembly loses his right to vote on becoming Speaker or Deputy Speaker. Not so. He or she always retains that right to cast that vote, when there is a tie. Section 46 (4) of the Standing Order refer.

As Leader of the Opposition and Minister for Foreign Affairs I do not recall any Deputy Speaker having had to take the Chair because of the “unavoidable absence of the Speaker”. I was never once absent. And for four years while I was President of the Senate my Deputy sat in my place once only.

It is the Speaker who is the handmaiden of the House, not the Deputy. He is there, only to give a hand when there happens to be that “unavoidable absence”. This protracted dispute is therefore fictitious, factitious and unwarrantable.

Further; the Constitution does not recognize parties but only persons sent to the House, as delegates of designated constituencies. That’s why, both in section 35 (1) and 36 (1), it is made as clear as glass that it is “the House” (not a section of the House) that “shall elect” those officers (a matter already adverted to in my last article).

So Doctors, “where is the lamb? I see no lamb, no sacrifice, no shedding of blood.

Finally: for the avoidance of doubt as to the consistency of my thinking in this dispute, let me re-state them in no uncertain terms:
1) When the office of Speaker is vacant the House is paralyzed and no business can be transacted (s.35 (3)) until the vacancy is filled, which must be done as soon as convenient.
2) When the office of Deputy Speaker is vacant however, the House is not paralyzed but one must be put in place “as soon as convenient”.
3) The election of both is to be made by “the House” and not by the Government or the Opposition.

Had Dr Anthony and Professor Antoine any confidence in their 2011 objections, they would not have allowed five years to elapse without seeking a legal remedy, since as Leader of the Opposition and a Doctor of Laws, that would have counted as a grave dereliction of duty.

That lack of confidence is still obvious, as infractions against the Constitution would have recurred at the last meeting.
Therein lies “the theatre of the absurd” Dr John, “The comedy of Errors”.