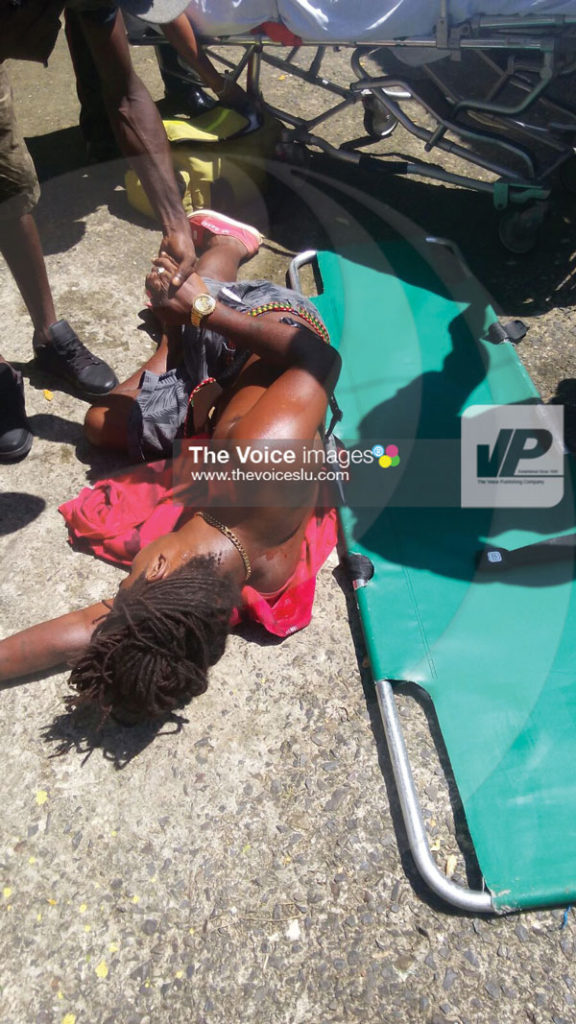 ONE man was rushed to the hospital after being shot in the Conway community yesterday.

The incident took place at around 2:00 p.m. in the gap known as “Matches Lane”.

According to witnesses, the victim received a single gunshot wound to the neck. His condition remained unknown when we went to press
.
The shooting took place in full view of residents who were recreationally gathered along the narrow pathway.

Witnesses said there was a delayed response from individuals in the vicinity as they were in a state of both shock and disbelief that an incident of this nature would take place in their midst.

The cause for the brazen incident was not immediately clear. However, police are currently investigating in a bid to track down the single assailant who fled the scene on foot.

“Matches Lane” was once the original and sole entrance leading to Barnard Hill and is also a stone’s throw away from the Gordon and Walcott Memorial Methodist School, which incidentally, opened its gates for the first day of the new school term yesterday.

At the time of going to press the identity of the injured man could not be ascertained.