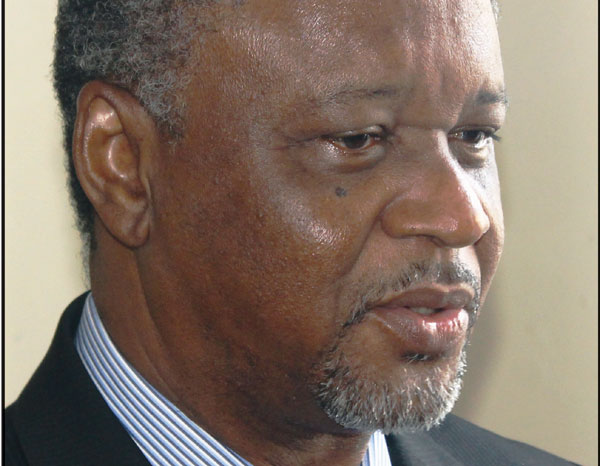 THE Cabinet of Ministers is considering another hike in the salary of the Director of Public Prosecution (DPP), which just weeks ago was upgraded from Grade 20 to Grade 21.

This new salary consideration is an attempt at attracting a qualified person to the post which has been vacant for many months now.

“We realize we still cannot at this stage attract the kind of person that we want. This morning I will take it to Cabinet, once and for all, that we give the person a package deal that will attract the individual that we want,” Francis said.

He is suggesting raising the salary of the DPP to somewhere in the region of EC$22,000 – EC$23, 000 per month as an incentive to attract a capable person to the post.

Francis said that other countries have that salary range for their DPPs therefore St. Lucia will have to look at that range as well.

The country is desperate to fill the position as it is considered the first step towards dealing convincingly with the contents of a report from CARICOM’s Implementation Agency for Crime and Security (IMPACS), which has caused the Government of the United States of America, to withdraw financial, military and other assistance to the Royal St. Lucia Police Force.

The report contains the findings of a team from CARICOM’s IMPACS into police killings of 12 civilians that occurred during “Operation Restore Confidence” in 2010 and 2011, an initiative of the Royal St. Lucia Police Force to combat violent crimes that were ocurring in the country at the time.

The killings resulted in the U.S. invoking one of its laws called the Leahy Law that forbids it, from providing assistance to military or para-military forces of countries with human right records.

The U.S. is calling for the prosecution of the police officers involved in the alleged extra judicial killings to determine their innocence or guilt.

The vacancy at the DPP’s office has been seen as stifling St. Lucia’s progress towards reaching an amicable understanding with the Americans hence the need by the government to raise the salary normally attributed to the DPP post.

Since assuming office last June the government has met with the Americans in the hope of ironing out the issues as they relate to IMPACS but with little success as Washington is adamant that the police officers implicated in the alleged extra judicial killings face a court of law.

The government for its part promised to confront the fallout from IMPACS, and within 100 days of assuming office, appoint a high level tribunal consisting of former members of the judiciary to review the background to, and take follow-up action on the IMPACS report with a view to recommending appropriate means of resolving the situation within the parameters of the laws of St. Lucia.

But with 100 days in office quickly approaching, later this month, and with no sign of a tribunal being constituted, fears are that the Americans may consider St. Lucia unwilling to deal with IMPACS.

“If the Americans believe we are stalling them then so be it, but they know, for a fact, we are not,” Francis said.

He said that while the Executive branch of government is doing its bit to appease the Americans, things like the appointment of a DPP falls within the jurisdiction of the Judicial arm of government.

“The Executive cannot interfere with the Judiciary. We have made it clear and by our action, we have shown that we are willing and determined to deal with this matter,” Francis said.

He could not say when the high level tribunal would be set up, but said it will look into the Coroners Act, the Police Act and into everything that had occurred including a certain statement made by former Prime Minister Dr. Kenny Anthony on television to ensure that the IMPACS scenario is never repeated”.

“The Tribunal will not be doing any investigation. All they (members of the Tribunal) will be doing is to give us a road map as to how to deal with any such reoccurrence of what happened,” Francis said.