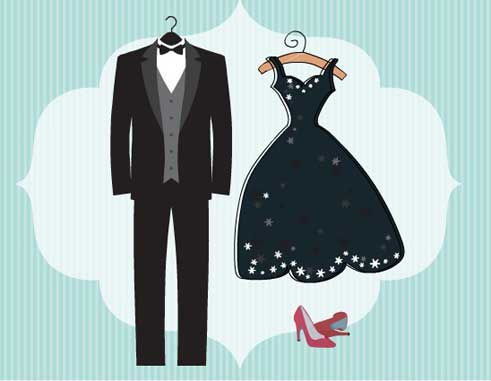 A three-paragraph missive released by the Department of Public Service seems to be generating way more debate than its originators probably bargained for.

The debate centres on whether government’s heavy hand should get in the way of people transacting business at the Greaham Louisy Administrative Building wearing whatever feels comfortable to them.

That’s right, clothes are at the centre of this latest drama. Our high jump queen Levern Spencer cleared 1.96 metres just one week after the Rio Olympics and earned second place behind the Olympic champion Ruth Bethia of Spain and we’re arguing about what clothes we should be allowed to wear when visiting that particular building.

If you asked me, I am all for the new dress code now in effect: no bandannas, du-rags, halter tops, spaghetti straps, tank tops, cropped or open back tops exposing one’s bare back or midriff, outrageously short shorts, skirts or dresses, tee-shirts with offensive words, and visible underwear.

Based on some of comments I’ve read and listened to thus far, I think many people are missing a crucial point, that of raising the standard of dress when entering public buildings to conduct business. As to why the dress code is ostensibly restricted to that particular building is speculative for now. But I think that dressing appropriately when transacting business should be a mantra anyway.

Quite often, the lament is that Saint Lucians need to raise the standards. What is appalling, however, is that whenever measures are taken to correct certain attitudes, people feel slighted or discontented. But, seriously, is the new dress code as draconian as some are making it out to be?

Imagine walking into that particular building and seeing the receptionist wearing a spaghetti top, and outrageously short shorts and visible underwear! That would be unprofessional, right? Surreptitiously-taken photos of her not-so-modest code of dressing would make interesting fodder on social media, right? Then why are Joe and Jane Public allowed to visit the same building and not dress professionally?

Now I’ve heard the extreme argument that people from marginalized communities might feel apprehensive about visiting that building altogether due to the new dress code. Rubbish! If I’m to believe that people from poor communities cannot afford clothes other than those the DPS’s dress code excludes, then I guess I’m to believe that minibus drivers are too poor to pay fifty cents to use the comfort stations instead of urinating near their bus stands.

I think the DPS is attempting to raise the level of professionalism at that building – as it should at all public buildings, anyway – by implementing the dress code. What they are trying to achieve is not far from what interviewees for a job, worshippers at church or school children are not required to do, anyway.

Sometimes we need to pause and recognize when measures are being implemented to raise morale, esteem and confidence. Why should I think that I can waltz into public buildings here in Saint Lucia dressed down to the nines with the abovementioned sartorial set and dress up like a Wall Street CEO whenever I go to the U.S. embassy to apply for a visa? Charity begins at home, not so?

There needs to be a time and place for everything and we must be mindful that each establishment will set its own parameters. Whether we like it or not, it’s not always only about us. While people should feel free to dress however they feel, we must set some standard when it comes to dressing appropriately for the occasion. Would Dame Pearlette ever be caught entertaining ambassadors at Government House dressed anything less than her usual eloquent get-up? I doubt it.

Another element to the present debate is the need for people to present the national identification cards in order to gain entry into the GreahamLouisy Administrative Building. A spate of unfortunate incidents in which people have faked their identity – probably on the sign-in sheets — in order to access public officers in that building, has prompted this other measure, the missive said.

While that building seems to sound like Fort Knox at present, we need to understand that the full scope of unsavoury things that occur in public – and private – establishments quite often never make the news. All seems well until – voila – something unfortunate happens, like a John Blow attacking his ex-girlfriend at work. Sad, but true, and that’s when we realize that we needed to be proactive rather than our usual reactive selves.

So, let’s be understanding and learn to follow the people’s rules for a change. After all, if we really embrace change, then changing what we wear to suit the occasion should not become so much of a debate. If Levern Spencer can muster the courage to raise – and clear – the bar, what makes us so special that we need to keep lowering it?