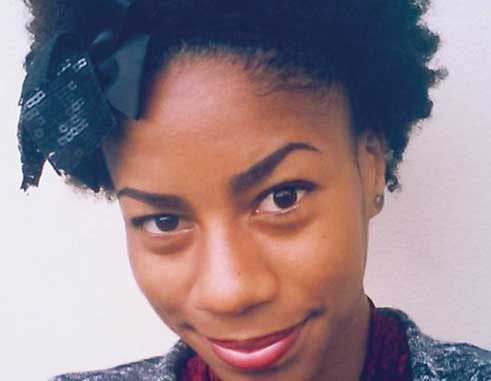 Ladies, how important is your hair to you? Well many people believe that a woman’s hair is her beauty and so with that sentiment, it is understandable why hair is such a big deal to women, especially black women.

With hair being a major priority, as you might expect, the hair industry is an even bigger deal because unlike women of other races where their hair is naturally straight, the curly texture of black hair demands a lot more maintenance which in turn requires more hair products.

For decades, the vast majority of the products needed were products created for the maintenance of relaxed hair (hair that has been chemically straightened) as it has been and still is the norm for black women to straighten their hair for a number of reasons ranging from wanting to make it more manageable and less time consuming, to the notion that straight hair looks more professional and neat.

However, in the past few years, there has seemingly been an awakening where black women all around the world are saying “NO MORE” to the hair relaxers and chemicals and are now embracing the beauty of their natural hair.

These women are also seemingly standing tall and defiant against the belief that natural hair is unacceptable as it looks unkempt, unattractive and unprofessional.

Well today’s WOTW is one of those women who has not only embraced her natural hair, but she is absolutely rocking it out and looking fabulous!

Liz-Anne De Beauville has taken her love of natural hair to a new level though…she is rallying the troops of Team Natural and empowering these women and showing them why they should love their hair just as it is.

By day, De Beauville is a member of the Radio St. Lucia team delivering news to the nation via the airwaves. In her spare time, the natural beauty is dedicated to delivering information, guides, tips, motivation and inspiration to Team Natural via the Facebook page 758 Naturals.

758 Naturals is a natural hair advocacy group where you can find tips, styling ideas, photos and more. The group is aimed at men and women who are either returning to the natural hair scene, transitioning, as well as those who have been natural all their lives.

The natural beauty has been rocking her natural hair for 10 months but said her journey started way before because she did some careful research beforehand that would help her along the way.

She said: “The big reveal of what my actual hair looked like came one faithful night in October 2015 when I decided to do the Big Chop (BC), which my older sister assisted me with. I had tried transitioning with braids a couple months prior, and despite attaining a considerable amount of growth during that period, unfortunately the amount of breakage I experienced on my edges left me feeling a bit disappointed. The braids looked good though. My former hairdresser was better able to take care of my chemically treated hair than I was. Having a sensitive scalp, not liking the amount of time spent on ‘hair day’, and the costs of maintaining straightened hair were some of several reasons which contributed to my decision.”

This, according to the 25 year old was when 758 Naturals was born: “I had questions…many questions. One of the most important things I learned was how to retain length on afro textured hair. I also learned that our hair responds differently and it’s normal to have two hair types on one head. Ever wondered why this side is longer/ curlier/ thicker than the other? Exactly! So much information was out there and I kept on getting more and more into it. And you know what? There were others just like me! This is why 758 Naturals exists. Sydel Charles who has been natural all her life took kindly to the idea and so started this advocacy group, serving as the group’s Graphic designer, and Amil La Force, the photographer as well as Shem Pamphile who is part of the group. You will find everything from interviews, sharing facts, quotes, and my favourite- directing photo shoots of St. Lucian naturals… all have been meshed together to created what I’d like our people to experience.

De Beauville said she has observed that many times, people with natural hair look down upon those with relaxed hair. In her case, she said: “No matter what phase a person’s hair is in, relaxed, transitioning, dread locked, etc, we encourage them to take care of it. It’s not my aim to tell people what to do with their hair. I do however want to make everyone aware that they have options…ALL hair types is beautiful, and people should be confident with their individuality.”

One thing that De Beauville said is disheartening is the stigma that follows women wearing their hair in its natural form. She said: “Unfortunately, and that isn’t the case for all, there are people who are heavily reliant on chemical treatments, but I wonder what they’re really treating. If they spent more time using natural oils and herbs for their hair, it would benefit them better than masking it with ‘creamy crack’ which only hides the bigger issue, which stems from our history, and self esteem. The worst part of being natural is seeing it discriminated against at schools, in the work place, throughout the Caribbean and wider world. No amount of ‘bad hair days’ and product mishaps could compare to the unsettling feeling I get when hate is shown to individuals who are just as talented, intelligent and capable as people with relaxed/ weaved hair. Your hair does not in any way affect your skills. We need to get out of the slavery mentality passed on to us.

As if her hair wasn’t perfect enough, De Beauville went on to reveal something that pretty much every black girl dreams of…fast growing, tangle free hair: “What most people don’t know is that after cutting my hair and going the first six months without using a comb, my hair was able to go into one plait. During that time it never locked. There are ways to get around it. Shrinkage is a beast though, but that was a huge accomplishment to me as a natural.”