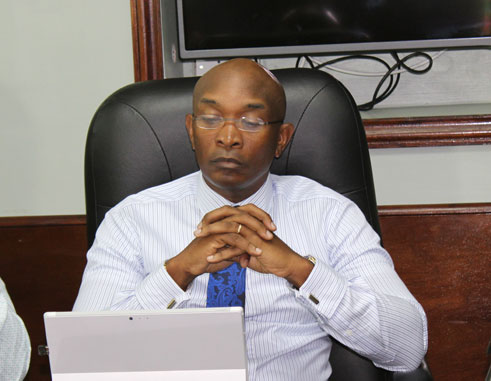 THE Government of St. Lucia and Invest St. Lucia, the country’s premier investment agency, yesterday attempted to clarify several issues related to the US$2.6 billion investment project for the south of the island, as concerns continue to be expressed by citizens about several aspects of the project.

The project, the framework agreement of which was signed 11 days ago between Prime Minister Allen Chastanet and Teo Ah King, Chairman of Desert Star Holdings (DSH) Ltd, has become a talking point in the country.

The opposition St. Lucia Labour Party, whose administration first started talks with DSH in March 2015, had indicated that while it had agreed on most of the fundamental points of the agreement with the developer, there were some critical elements which required national consultation, even parliamentary debate and approval.

The present government’s signing of the agreement less than two months up on entering office appeared to the Opposition to be a hasty move which has spurred debate on talk shows and social media platforms as people query what some called the ‘fast tracking’ of the project.

Bradley Felix, the Investment Minister, also attempted to show that what many people thought was a speedy signing of the project’s framework of agreement had nothing mysterious about it. He said that under the previous administration the agreement was “largely negotiated” through the efforts of the Citizenship by Investment Board and Invest St. Lucia and that only two provisions of the agreement needed to be worked on.

“Needless to say, through the continued efforts of these two state institutions, the two doubtful clauses have recently been negotiated out of the final agreement,” he said.

But neither the Government of St. Lucia nor Invest St. Lucia could talk freely about the every aspect of the project, especially the provisions within the framework agreement. The latter’s legal counsel, SeryozhaCenac ,explained that the parties to the agreement are governed by the terms and conditions of the agreement and questions about what it contains cannot be divulged promptly.

Felix noted that the agreement, in general terms, is a commitment on the part of the Government of St. Lucia to provide the policy, regulatory and administrative framework within which the project could be implemented.

Andrew, said that the company, DSH, is in the process of applying for citizenship by investment approval status, which, according to the legislation that governs the CIP such an approval must first get DCA (Development Control Authority) approval in principle.

DSH had applied for DCA approval a few months ago but had to resubmit its application since the Master Agreement came out.

The CIP Board of Directors cannot approve DSH application/s for citizenship status at present because CIP legislation presently does not, facilitate the type of investment DSH is proposing and has signed on to. Amendments have to be made to the legislation to facilitate the tourism/real estate/equestrian type of development proposed.

The question of how many passports would St. Lucia will issue to DSH on account of the size of its investment in the questions unanswered. Andrew explained that the investment agency is not the one issuing passports but noted that there are certain conditions that must be met before a passport is handed over to a developer.

According to Andrew, no one can say at this stage how many passports can be issued to DSH. He noted that the project has a 10 – 15 implementation window that envisages about 11 different phases which would mean that different investors would be coming in at different stages.

“No one can tell you how many passports until the applications are sent to the CIP,” he said.

Andrew added that the project is not attached to a government sovereign guarantee, which is an undertaking by the Government of St. Lucia to indemnify an investor from a commercial risk or give it a guarantee that should the project fail the government would indemnify the investor.

“That is not in the framework of agreement,” Andrew said.