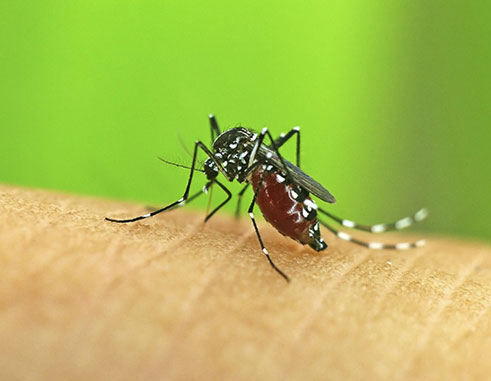 And better handling of the vector is needed so as to hasten the downward spiral of the Zika disease now that the epidemic is in the period where it should be subsiding.

Both Chief Medical Officer, Dr.Merlene Fredericks and National Epidemiologist, Nahum Jn Baptiste agree that such a system is needed as it would quicken and improve the task of discerning diseases yet unknown.

Jn Baptiste explained that the traditional surveillance systems that could reveal dengue fever, diarrhoea, Chikungunya and respiratory diseases could not discover the Zika virus. It was only after additional systems were put in place were they able to discover that the rash, as a symptom of the Zika virus, was better for tracking the virus.

“Thus far, in terms of the epidemic, we are in the period where it subsides but because we are not really handling the vector properly we are starting to see persons continuing to infect others,” he said.

Pregnant women are the only persons now being tested for the Zika virus. However, despite that there are 759 suspected cases of the Zika virus on the Ministry of Health register.

Jn Baptiste called for several systems to be in place in the fight to control the various illnesses carried by mosquitoes.

“We need to have several systems in place. The way these diseases are presented, the fact that we do not have capacity in our own labs to test them, the fact that we have to depend on how the disease presents for us to start understanding what we are dealing with and how to respond, means that we now have to look at very creative ways in which to manage the spread of that vector,” he said.

“Traditional systems have worked for us with Chikungunya and dengue but we realized that with Zika it’s a different thing. We in the ministry need to change our strategy in terms of having a more sensitive system that could track all of those,” Jn Baptiste said.

He called on the various communities in the country to come on board with the government in helping to control to the spread of mosquito borne diseases as this cannot be done by the government alone.

The Zika virus was first discovered in Saint Lucia in April of this year when a 28-year old female and a 26-year old male were positively diagnosed with the diseases.

Since then other conditions were said to be linked to the Zika virus, the two most commonly known being microcephaly, said to be a disease that causes the head of new-born babies to be smaller than normal. The other condition is known as Guillain-Barré Syndrome, which causes a paralysis of the feet, arms and other parts of the body.

The two conditions were known to health personnel for the past 10 years, however, they were never traced to Zika. It was only when Zika became known here that citizens were informed of a link between the Zika virus and microcephaly and Guillain-Barré Syndrome.

Jn Baptiste said that over the years Saint Lucia has been recording three cases of microcephaly per year and this year seems to be following that trend.

With respect to the Guillain-Barré Syndrome, he said that the country has been recording two cases per year, however so far this year three cases have been recorded.