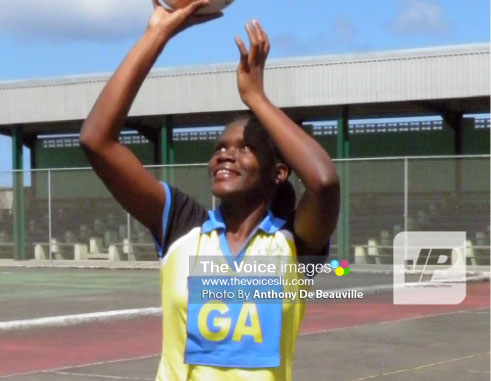 Share this post
THE curtains came down last evening on the 26th Organization of Eastern Caribbean States Eastern Caribbean sponsored Under – 23 netball tournament in St. Vincent and the Grenadines; but up to press time there was no word coming from the Arnos Vale Sporting Complex in the championship decider between host St. Vincent and the Grenadines and defending champions Grenada.

Also on court last evening, St. Kitts took on St.Lucia to see which team would avoid the last spot.

Meanwhile, on Monday morning, St. Lucia went down to their second consecutive defeat, this time to defending champions Grenada.

In the afternoon session it was another defeat for St.Lucia as they were beaten by Dominica 43 – 36 in a rain affected encounter. Dominica led 11 – 9 in the first quarter, the St. Lucians came back strong to level the second set score winning 17 – 16. At the end of the third the Dominicans had a two point lead 30 – 28, but it was all Dominica in the fourth quarter winning by 7 clear goals.

For Dominica Shernel St. Rose netted 40 from 46 attempts and Kyla Winston scored 3 from 5. For St. Lucia Megan Nestor netted 19 from 26 attempts, Jo Anne Anderson scored 10 from 8 and IannaHippolyte 7 from 8.

For St. Vincent and the Grenadines, Kadesha Williams scored 28 from 34 and Shaniesh Daniel 1 from 5. For St. Lucia, IannaHippolyte scored 16 from 21, Megan Neston 6 from 10 and Jo -Anne Anderson 4 from 12.