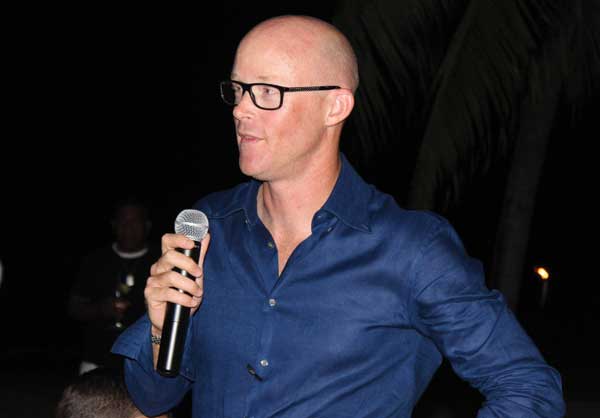 FIFTY YEARS in business and still under the control of the family that started it is quite a feat as businesses change ownership quite often these days.

Rendezvous Resort, just off the northern end of the George Charles Airport, is a family owned business that has weathered the vagaries of the hospitality and tourism industries here. It has emerged from being a small, silent, but very hospitable place for vacationers offering tranquility, relaxation and calm in the late sixties and early seventies to a hotel of world class standing today that offers a quality of leisure different to its competitors.

It was on July 16, 1966 that the place opened for business under the Barnard family, known back then as Malabar Hotel.

Fifty years later, to mark that momentous occasion, Andrew Barnard, the grandson of the founder, and now its managing Director, relived the times when his grandfather’s mode of transportation to the property was on the back of a horse.

Barnard, staff and guests celebrated the resort’s 50th year of existence in Saint. Lucia with fireworks that dazzled last Saturday’s night sky, a bonfire on the beach, entertainment and a special edition champagne that flowed freely for two straight hours.

The resort is one of Saint. Lucia’s hidden treasures. It nestles comfortably on one of the most beautiful beaches in Castries and moves with the latest developments in the tourism sector. 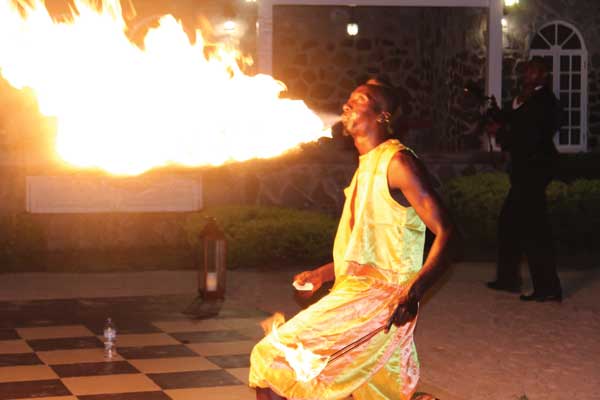 This locally owned jewel of a resort, which first opened as a boutique type hotel, experienced a name- change in the early nineties to “Couples” catering, as the name suggested, strictly to couples.

Now Andrew Barnard describes the 10 acre resort as “A place of stolen time” emphasizing that it’s a place where couples can escape and truly enjoy each other.

In recalling his days as a child growing up on the property, Barnard got all emotional when he mentioned staff members who worked for years for his family in making the resort the success it is today.

He recognized the staff as the true heroes of the resort and thanked them deeply for their past and present efforts in transforming the resort into the popular place that it is today.

Tourism Minister Dominic Fedee was at hand to party with the resort’s management and staff on its anniversary. He applauded the Barnard family for their tenacity in holding the property in their name all these years despite the upheavals in the global tourism business.

He noted the pioneering spirit of the Barnard family and expressed his delight and gratitude for the part they have played in helping develop the county through their various business ventures.