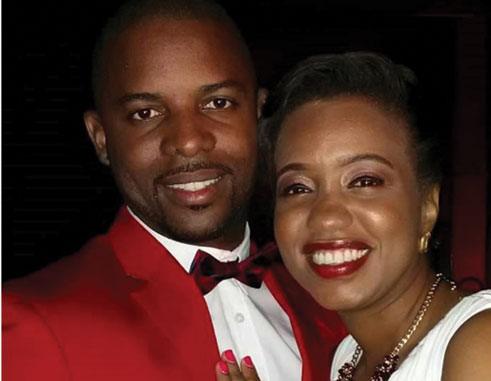 A Barbadian evangelist is ending a two-day campaign in St Lucia this evening.

Prophet Janal Browne and his wife Victoria have taken their Prophetic Movement Ministry to various parts of the Caribbean. Following a successful crusade in St Lucia last year, the couple are back for two sessions at the Bay Gardens Beach Resort.

They have sent out an invitation to the public to join them for the final session which takes place at 6:00 p.m. this evening.

The Movement said that God has been using Prophet Janal and Pastor Victoria Browne mightily around the world to bring hope to thousands. “Barbados-born, they are products of what God can do through many who make their life available to Him”, the Movement said.

Prophet Browne is credited with predicting at one of his services last year that there would have been an early general election in St Lucia and a change of government.

The Movement said: “Prophet Browne is known for continuously accurate prophecies and ministering about governments, officials and high profile business men and women around the world. In Georgetown, Guyana few weeks ago hundreds were healed. Some who were deaf from birth heard clearly, others that were dumb spoke for the first time, others that could not walk were healed supernaturally”.

From St. Lucia this time, Prophet Browne will head to the United States to preach two nights of revival in Miami then he will be ministering to 3,000 Spanish people in one of the biggest churches in Las Vegas, Nevada.

Prophet Browne and his wife have been featured by TV programmes in the Caribbean and around the world including TBN (Trinity Broadcasting Network ) in United States.