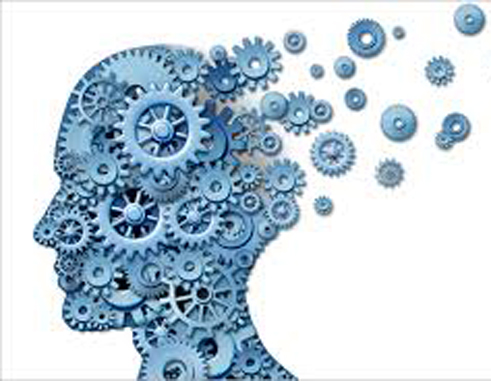 Q: Dear Regina, how old does a person need to be to get Alzheimer’s? I am having problems with thinking but I am only 33. My family and doctor say I am too young for Alzheimer’s. But I heard of younger Onset. What is it?

A: Younger Onset Alzheimer’s is very difficult to diagnose as it is often mistaken for stress, depression or even menopause because of age and medical history. It does take longer to get a diagnosis as doctors will not consider dementia, very often the person is put on treatment for other conditions that do not help multiple times. My suggestion before taking any medication for thinking challenges is to get a second opinion and get someone who specializes with dementia diagnosis. Having a neurologist as part of the team is important along with imaging test. Many times they find a gene associated with the younger onset, but it is rare and it is not the case in all younger onset Alzheimer’s or related dementias. Usually anyone under the age of 65 with Alzheimer’s is considered an early younger onset of Alzheimer’s. There are other dementias that occur in the 30’s, 40’s and 50’s such as FTD frontal-temporal dementia. If you are having thinking problems do not give up on finding the cause. While you are seeking that diagnosis start changing your outlook on life and how you perceive it. Work on brain health. If you need help with seeking or want information about brain health and dementia contact your local Alzheimer’s Association.

Q: Dear Regina, I thought that dementias were only problems with memory. What are the other symptoms?

A: Trouble with memory is the most recognized and associated to Alzheimer’s type dementia. One of the first symptoms in Alzheimer’s is short term memory loss although everyone experiences the symptoms differently. So you may hear of persons that memory is not as troubling as some of the other symptoms. Let’s go through these a little closer.

Memory Failure ~ Earlier symptoms affect the short memory, which means information that is received through our five senses that are new information is no longer there. If you repeat the information the person will feel and act like it is absolutely new information. Memory is first formed in the area of the brain called the hippocampus. In Alzheimer’s disease abnormal proteins attack this area. The cells or transmitters in this area die. This makes it hard for the person to remember words, moments, events or even objects. When we struggle with names it seems common and okay once in a while, however to struggle with this frequently raises a flag of concern. When we forget where we put our keys for example we normally have the ability to think and retrace our steps to where we might have placed them. And if we still do not find them when we need them we can figure out a replacement or spare set. And when we do eventually find them we have a flash of memory, “oh yes, I was there, I put them there.”

Someone struggling with this may find them and have no memory that the keys were lost. You will notice as the disease progresses it will affect the long term memory as well. You can see that when people forget who is with them. I can remember time when I was in the car with a friend living with dementia and we were sitting in the back of the car. She didn’t remember who I was but she wanted to be near me. I had stepped out of the car to buy bread at the stand. As I was arriving back to the car the driver of the car said she kept asking for the nice lady who was with her and had become a little agitated. When I came back she didn’t recognize me by appearance and she stared for a long time then touched my face and when I spoke to her and said,“here I am beautiful.” She was relieved it was me and hugged me. There is a lot more to share in this story but for another time. The point is that the memory in the brain is trying very hard to cope and it will draw from other areas of memory to survive and feel safe.

The logic of appearance was not there but when she touched me and I spoke she could sense who I was: “the nice lady.” My friend had no memory of me in the past and our current relationship is in the moment.

Other symptoms related to memory will be discussed next week. Send your questions or stories to angelsofthewest@outlook.com or text 758-486-4509