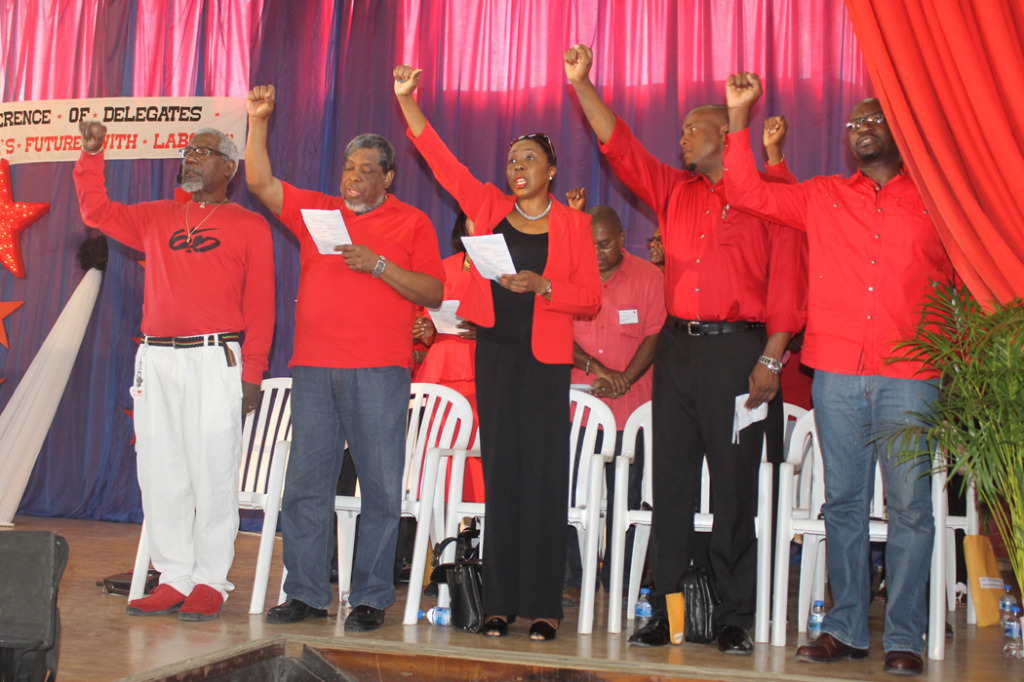 WHEN reading the Opinion Column of the WEEKEND VOICE of 16th April 2016 under the pseudonym Stephen Lester Prescott ‘When Will Chastanet Get It Right.’ I shouted “On polling day, stupid!”

Prescott also known as “Corcott” (creole for vagina) ought to know that Allen Chastanet came into the United Workers Party as a political unknown to the long established members of the party and within one year (while Stephenson King slept and Richard Frederick bragged) he went around the island with some chosen members of the party getting himself acquainted with established and trusted members, especially the elders. He made the acquaintance of all the members of the constituency branches around the island the majority of whom had never met Steve, during his time as Chairman of the Party and later as Party Leader.

Allen Chastanet became the leader of the United Workers Party because he beat Stephenson King in a free and fair election. He whipped another man named Claudius Preville who like the big bird known as corbeau descended from his perch days before Convention to challenge the Big Chief (Allen) and got his wings chopped off. Then came Sarah Flood Beaubrun a few weeks before the last Convention, only to suffer the same fate. However unlike the two others, she read the man’s good nature and ability, stayed with him and gave the Party her full support. Let what is left of the Labour Party try to fuss about her non appointment because good things are coming her way.

Kenny, the United Workers party is well on its way to getting your Red Army decimated. From the above it is obvious that Allen the Great is by now used to getting rid, openly and lawfully of nuisances like the leader of the Red Army.

Since the Juffali fiasco was mentioned in the ‘Opinion’ article I am duty bound to state a few points well known to Saint Lucians, some of whom are capable of doing the job:
(1) Juffali, a multi millionaire had never visited Saint Lucia before his appointment, so much so that his jet first landed on another island.
(2) Upon finally landing on Saint Lucia soil his papers were queried by Immigration Officers. He turned away, spoke on his cell to someone who instructed the officer to let him through.
(3) When people got to know that the privileged white man was a multi-millionaire, they wanted to know how much the Labour Party government got for all that special treatment.
(4) Our beloved leader Allen Chastanet with his money and wit flew to London and was duly informed that money was promised at the initial meeting.
(5) Our then Prime Minister who is so fond of waving documents at the Opposition in Parliament could not afford to waive any paper this time, FOR THERE WAS NONE.
(6) This time Lord HAW! HAW! could only meekly say Juffali promised to build us a Diabetic Centre.

If that man dies we will not be able to enforce the promise he is said to have made to the Labour Party.

Most people feel that money had passed to Labour Party and therefore there was danger in not having a promise in writing – A Promissory Note! A vast amount of money was being spent by the Labour Party since Juffali’s visit.

I am surprised to read in Corcott’s letter a blatant lie indicating that the High Court Judge had stated in his judgment that Allen Chastanet was not a credible witness. I therefore state even for biased Prescott to read-‘that the judge who saw and heard Chastanet in the St. Lucia High Court said that Chastanet impressed him as a witness of truth – a credible witness’.

The Court of Appeal made up of judges (most of whom are good friends of Astaphan and Kenny) has to keep up being their friend for them to earn maximum retirement emoluments. Prescott must remember the case of St. Kitts when the Prime Minister decided (like Kenny no doubt) to change the old electoral boundaries to suit his thirst for absolute power. The Court of Appeal said Yes! Yes just carry on.” But the Privy Council said ‘No! No!” They stated he had many years to do that so why a few months before the election was due.

An appeal was filed in the House of Lords but Kenny decided to call an early election instead. Kenny thought he really only wants to get rid of the Poodle, because although only a poodle he biting him higher than his posterior and it hurts. But the UWP genius in the person of Mr. Allen Chastanet blocked his every move. Both local and overseas lawyers put their heads together and blocked every move that Kenny made. Now it is too late. The electorate has decided to try the clean face Allen instead of two faced Kenny and decimated the Red Army.