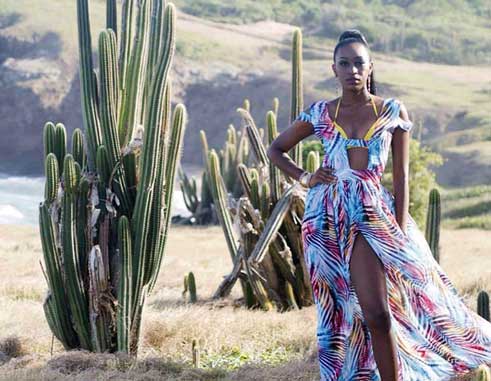 WITH all the clear indications that climate change is rapidly becoming a growing issue which serves as a deterrent to all life on planet earth, do you know that there are still people who don’t think it’s real?

With sea levels rising, colder and longer winters, hotter summers, droughts and fierce forest fires as well as extreme floods…not wanting to leave out an increase in earthquakes, hurricanes, tornadoes and volcanic activity, one would think that no more proof is needed right?!

Well, not so for the naysayers, but perhaps, the people who are by far worse than those naysayers are the ones who are aware of the problem, yet they simply don’t care to do their part in addressing it.

And by addressing it, I’m not talking about holding up placards or tying oneself to trees, no, I’m talking about the simplest methods like not littering and respecting your environment by reducing on the various forms of pollution.

Today’s FITC was plucked out of the world of pageantry and was given a title that would forever change her outlook on the environment and the way it should be treated as compared to how it is treated.

Francillia Austin is originally a hospitality professional with a passion for customer service and is an extremely charismatic, confident and expressive individual who loves music, dancing, socialising but most of all, fashion.

However, from 2014, Austin spent a year sporting the title of Ms Earth St. Lucia where she got the opportunity to represent the island on a grand stage, but most importantly, to be one of many voices advocating for the welfare of the earth.

Austin who was raised in Ciceron, said this journey was a life changing eye-opener and it has now become a part of her being able to speak out for a better environment starting right here in St. Lucia.

The VOICE: You have taken part in numerous pageants but perhaps the most memorable and outstanding one was Ms. Earth St. Lucia. Tell me about your career in pageantry.

Francillia: My introduction to pageantry was made in 2012 when I competed in the Miss Gros Islet Carnival Queen pageant after moving to the north of the island. It was an extremely nerve-racking experience for me particularly in the swimwear segment. In the end I placed second runner-up and received the individual award for Best Interview. Mid 2014 I was selected as a contestant for the Miss Earth St. Lucia pageant where I went away with the crown. I was also awarded prizes for the following segments: Best Interview, Best in Evening Wear and Best PSA. Being crowned Miss Earth St Lucia required that I represent my sweet Helen in the Philippines where I would compete against contestants from 85 other countries from around the world. It was certainly a privilege to return home with the bronze medal for having led the Americans’ team during the Environmental Seminar Speech Competition. My most recent competition was the National Carnival Queen Pageant. On coronation night I placed second runner up.

The VOICE: Many might see the Ms. Earth St. Lucia title as just another crown from another Queen Show but there is a lot more to it. Please tell me the significance of this title.

Francillia: The Miss Earth pageant is certainly not just another queen show. Rather, it uses the platform that the beauty pageant presents to advocate for the protection and conservation of the environment. This is paramount as climate change depletes the earth’s biodiversity with the life threatening and abnormal conditions that it presents. Being exposed to all this information sparked my interest to educate others. 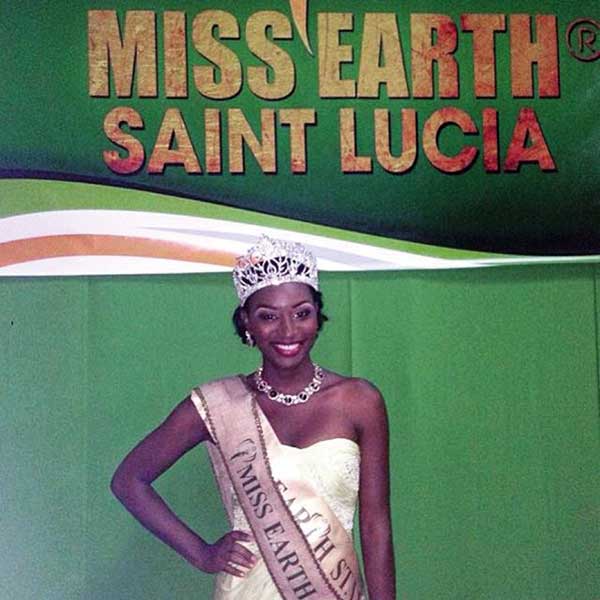 The VOICE: What did you do to fulfil your role and what did it mean to you at the time?

Francillia: My team and I planned and executed an incredible environmental awareness campaign. We visited several infant, primary and secondary schools on the island, including my Alma Mater, Gordon and Walcott Memorial Methodist School and Castries Comprehensive Secondary School. The aim of the campaign was to educate the island’s youth about current and projected environmental issues, how it affects us all and to inform the students of better choices that they can make to alleviate or lessen these issues and encourage others to follow those practices. This campaign meant so much to me as my intent was to not be the queen who simply reappears when she has to crown her successor. I wanted to be one who made a difference by using the platform that the pageant gave me to address important issues and be the excellent ambassador.

The VOICE: Since your Ms Earth stint, how have your views of the earth and your environment changed, if at all?

Francillia: I’m certainly more aware of how the choices we make daily affect the earth and the quality of life that future generations will have on it. That is why I am a stickler for no littering. I simply can’t stand it and impress on those around me to dispose of the trash appropriately.

The VOICE: What would you like to say to your fellow St. Lucians to encourage them to take their environment more seriously?

Francillia: I have heard time and time again excuses that if they don’t litter the CCC staff won’t have jobs or it’s just a little wrapper or one bottle. Simply put, this couldn’t be more wrong. The reality is that one little piece adds up as thousands of people sadly have the same sentiment. The trash ends up in our drains which cause flooding when it rains, and this creates breeding grounds for mosquitoes that cause diseases such as Zika.

Some of it also ends up in our seas and when this happens, the colourful trash is very attractive to our marine life which consumes it. When they do, the materials either stay in the fish killing or poisoning them or dissolve into their systems and we end up consuming these dangerous substances when we eat the fish.

Trash also negatively affects various ecosystems and we see this with the death of our beautiful coral reefs. I want to tell my fellow Saint Lucians that we can do better and we have to. These issues I mentioned directly affect our country and the fragile tourism industry that so many are employed in. They are all brought on by the choices we have made and continue to make.