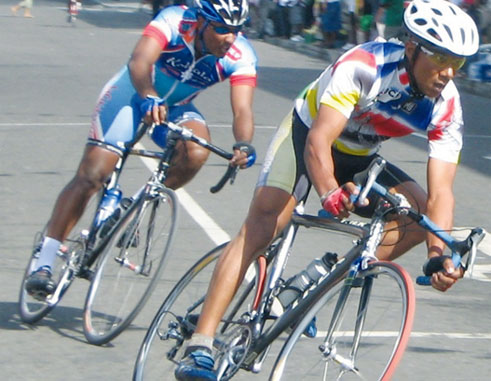 JUNIOR cyclists and officials from overseas are converging on the island for the hosting of the 11th Caribbean Junior Cycling Championships.

A record nineteen foreign teams and host country St. Lucia will do battle for supremacy Saturday and Sunday in Castries (Millennium Highway) and Vieux Fort.

The first event, the Individual Time Trial will be held on Saturday on the Millennium Highway from 2:00 p.m. near the La Toc roundabout the participants will travel 5 km towards Cul de Sac and 5km back to the start.

Leading Saint Lucia charge in the junior category is Andrew Norbert; he will have alongside him Dave Charlery, Donald Joseph, Calixte Williams, Joel Mentor and Janick Paul.

In the Juveniles section, Kluivert Mitchel, Jesse Mentor and HilanAubert will be in the thick of things.

Andrew Norbert, Dave Charlery, Kluivert Mitchel and Jesse Mentor are returning to the championships following last year’s debut in the Dominican Republic. Out of the nine cyclists representing St.Lucia five are making their debut at the championships and they include Joel Mentor, Donald Joseph, Janick Paul, HilanAubert and Calixte Williams.