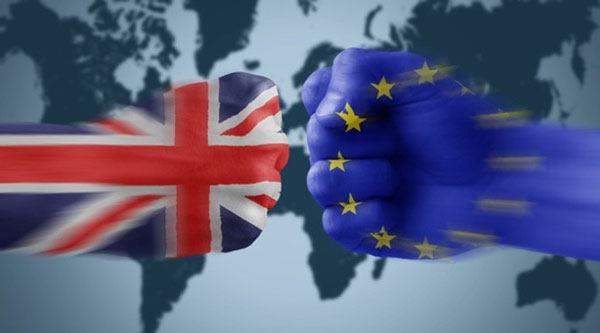 EVERY time there is a major international development that threatens to adversely impact the Caribbean, we tend to wallow in a lot of self-pity and fear about the future. The British decision to leave the European Union is the latest case in point.

Don’t get us wrong; we are not saying that we should not worry. Neither are we trying to downplay the seriousness of the consequences that are likely to follow. The point simply is that Britian’s exit from Europe does not signal the end of the world.

Britain’s membership of the EU opened up tremendous opportunities for Caribbean relations with Europe that has had positive impacts throughout the region. We in St Lucia know only too well the contribution of European assistance to our country under an arrangement that goes back to 1979. Today, the EU is St. Lucia’s largest grant aid partner for development.

We doubt very much that EU assistance to the Caribbean will stop altogether with Britain out of the EU. Neither do we believe that British relations with the Caribbean that goes back much, much further will suddenly cease as well. But although we concede that there will be repercussions that will impact our economies in such matters as trade, investment, immigration etc. , we believe that our long-standing relationship with Britain—its former colonies—will count for something, even though it may be some time before there is clear indication how this will play.

At the moment, Caribbean countries and the EU conduct relations not only at bilateral level, but within the framework of several regional groupings and other fora. We cannot see all these relations disappearing into thin air in the new dispensation that will unfold with Britain outside of Europe. In fact, no one yet knows for sure exactly what terrors the British decision hold for us in this region.

But in saying all of this, we believe in the value of diplomacy abroad and regionalism at home. Caribbean countries must break out of their lethargy and begin to take their place firmly on the world stage. One of the strong points of our region is our own integration movement through which we have achieved much, individually and collectively over the last 45 years, the OECS even longer.

In recent years there have been concerns loudly aired in the region about the pace of the integration movement. There is the feeling that we have not achieved enough although there are some outstanding successes on the table. But no one doubts that the movement needs more inspired leadership.

Fortunately, the shock of the British referendum vote on Europe has come virtually on the eve of the annual Caribbean Community Heads of Government Summit and provides the region with the opportunity to study the implications of that move and begin to determine how we will respond.

A number of new Prime Ministers have emerged in the Caribbean in the past three years and one hopes that they can bring new ideas and enthusiasm to the discussion table when they meet in Guyana over three days next week. It is time for a closer and more dynamic Caribbean Community to emerge that is consistent with the changing international geo-political landscape. The Caribbean is not a nonentity in world affairs and it is time we stop behaving as though we are. Instead we need to step up and get out there and establish the relationships that will guarantee the future of our region.