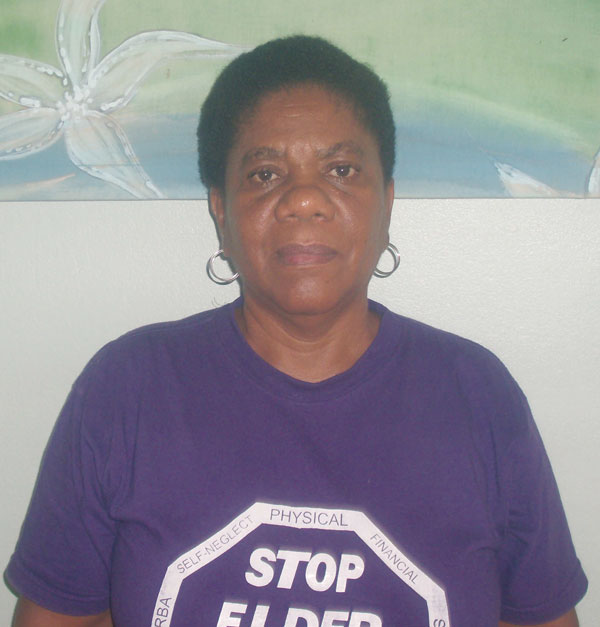 WORLD Elder Abuse Awareness Day was observed by Comfort Bay, Home of the Elderly with a number of activities which included a panel discussion on issues relating to the abuse of the elderly and how they should be addressed.

The theme of the event which is usually held worldwide on June 15, was “We Can Stop Elder Abuse”.

The panel discussion which took place on Wednesday, attracted a wide cross section of the public, mainly staff of the National Initiative to Create Employment (NICE).

The presenters were Kendal Elva, a probation officer, who dealt with the topic “Action which should be taken in cases of elder abuse,” Gertrude Gustave, manager of the home, who spoke on the topic: “Rights of the Elderly”, Amy Jn. Pierre, a staff nurse at the home (“Types of elder abuse”) and Shernelle Butcher, supervisor of NICE-Vieux-Fort (“The definition of elder abuse”).

The event generated much discussion among participants who described abuse of the elderly in St. Lucia as, worrisome.
In her presentation, Gustave said everyone has rights which should be respected.

She said the rights of the elderly are basic human rights which we all have.

“The elderly has the right for adequate food, water, shelter clothing and healthcare…whether they have money or not they have the right to health care,” Gustave explained.

She added: “The elderly has right to social and legal services, especially if they want to make a will….They have the right to obtain an appropriate level of institutional care in a humane and secure environment. This is where the Home of the elderly comes in.”

She said the first provider for the elderly is the family and the second is the government.

Gustave lamented that in many cases the families of the elderly refuse to care for them and rather place them in a home.

Jn. Pierre said when one thinks of abuse of the elderly, physical abuse comes to mind but there are others which occur in a subtle manner and go unnoticed.

She identified some of the other forms of abuse as financial, social, sexual and emotional.

“Emotional abuse is the most subtle one and is not easily identifiable,” Jn. Pierre said.

Jn. Pierre said such abuse usually takes the form of stress, harassment and humilitation, adding that it later leads to physical abuse.

“Some of us know of some of the abuses in our community but do nothing about it,” she said.

Elva lamented that a number of cases of abuses are not reported to the police, describing it as sad. He said this occurs because of the relationship of the persons abused with the abusers and the abused person’s mental capability to make a report to the police.