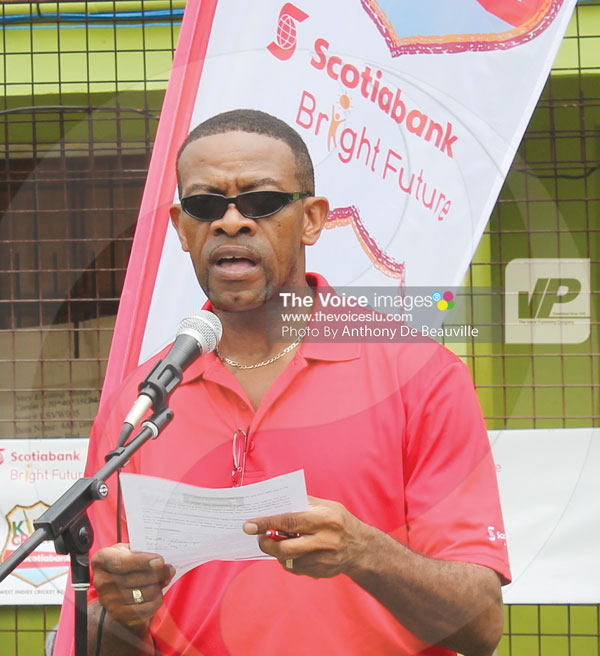 WEATHER permitting today cricket fans from the eight educational districts will see a new Kiddy Cricket champion being crowned when St. Lucia National Cricket Association in collaboration with the WICB, Scotiabank and Ministry of Education stage the 2016 Kiddy Cricket Festival Final at the Mindoo Phillip Park.

Close to 100 aspiring young cricketers from the eight districts will showcase their skills against one another, but prior to the start of the matches they will be addressed by of Scotiabank representative Carol Henry, representatives from the Ministry of Education, the Ministry of Youth Development Sports and the St. Lucia National Cricket Association.

The festival is a developmental programme where the players representing the various schools will be playing a series of matches, but the focus and basic fundamental skills will be on batting, catching, bowling, fielding and throwing.

Grade 6 teacher at the Vigier Primary School Curtly Joseph told The VOICE: “We are coming all out to win. This is our first time in the finals and I am proud of all the players who have taken us one step closer to the championship trophy”.

He continued, “We have on our team the batsman with the most runs Kehl James and the bowler with the most wickets as well Richard Fontinelle. On their day the two of them combined can be devastating for the opposition”.

Eugene said, “I am proud of the players. This is a first for us at the school and I know they will go all the way, I am 100 percent behind them. In fact the entire school is behind them”

Immediately after the event a brief awards ceremony will be held with prizes being awarded to the winning school, outstanding batsman, bowler, fielder and festival MVP.