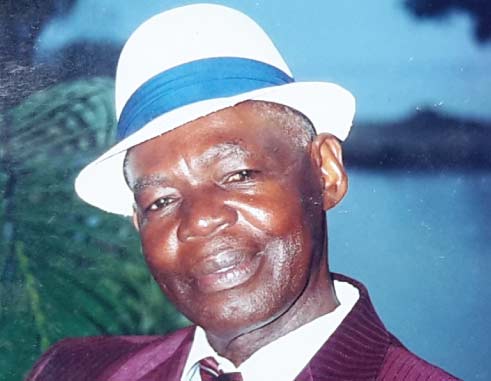 BORN in Hospital Road and growing-up in Faux-a-Chaux, I knew Tom all my life, but not his full name. All I knew, he was from Choiseul, an ambulance driver at Victoria Hospital — and a popular taxi driver. He was flamboyant, loved a good time and never ever without a wide smile.

Tom was one of the early migrants from Choiseul who headed north to Castries back in the middle of the 20th Century. Others I remember includedJecko, Lennie,Ektos, Stanyo, Bizily, Kako,Wills, Syne, Joss, Symmons, Leon and Smith – and all settled between Hospital Road and Bananes Bay in La Toc, eventually raising their own transplanted and/or new families.

But they would undergo a transformation of epic proportions after Mass. Before the church bells stopped ringing, they would all head straight up to Henrilias Place in Faux-a-Chaux, where the rum shop doors would be duly closed to the public, but drinks would always flow with the money.

After an hour or two imbibing into the rest of the Sunday morning, the slightly soused posse would head home, change into regular wear and return to Faux-a-Chaux to The Bousquet Pig Pen.

Then barely ten, I had never been able to figure out what was really going down between the Choiseul guys in the pig pen perched above our home. Barred by age, size and every other yardstick from even going close, one Sunday morning I mounted a lofty perch atop a mango tree next to the pen.

From my branched lighthouse, I eventually realized what my dad meant when he explained to home visitors inquiring about the noise that they were simply Choiseul people playingGames of Chance.

But Tom and the many others I know not about did much more than pray and have a good time in Castries. They also worked very hard. I would grow up to see each make his name in whatever he did for a living, whether as a driver or fisherman, stevedore or porter. Each provided services needed to build Castries in their time.

For six decades, the likes of Tom migrated to Castries from all over the rest of the island, each in search of a better life. Individuals have been mentioned or acknowledged from time to time, but their collective contributions, as a unit over time, have hardly been noted or publicly acknowledged.

Migration is gaining more attention in the world today. Some sixty million refugees are fleeing war and persecution or simply seeking better lives in other lands near and far. The European Union is breaking-up over the refugee crisis as lands built by migrants close borders to victims of crises they created.

Unfortunately, the likes of Europe, the USA and Canada seem to forget the role played by immigrants in their own development. Saint Lucians were among the West Indians who rebuilt Britain after World War II. Our forebears also migrated to Cayenne and Martinique, Guyana and Barbados, Panama and Cuba, Curacao and St. Croix.

But we hardly acknowledge those Saint Lucians who also migrated at home — from Choiseul and Soufriere, AnseGer and Aux Picon, Vieux Fort and Dennery, Micoud and Laborie, Anse La Raye and Canaries – all seeking better.

The likes of Tom didn’t flee Choiseul from war or persecution, not even hunger. Their homesteads were better known for plums, peanuts and potatoes, vegetables and garden crops, than for bananas. They produced unique handicraft and were quite industrious. (There is actually a community called Industry).

Those early internal economic migrants helped rebuild Castries after the 1948 Fire — and mould it into the town that was transformed to a city in 1967. Their early moves were part of the rural-urban drift of every country.

People from families originating outside Castries and Gros Islet dominate the households of the 40% of the population that inhabit the north of Saint Lucia today. But they didn’t cross seas or borders and have lost not a single piece of their national identity.

Like everywhere else, they would on occasion be identified by their village of origin or otherwise reminded where their roots are planted. But never are they treated as immigrants are today in Europe and Australasia.

Referring to Tom as a migrant today is more a matter of speech than anything else. But I highlighted him today for a special reason.

A fortnight ago, my good friend Bols told me his sick dad had died after a long illness. He offered to show me a picture, but it was in the middle of our Sunday morning coffee communion and I didn’t feel like it.

Early next morning, Bols came by me with an envelope with a list of family names and two photos for the popular DBS TV Death Announcements programme. He asked me if the photos were okay for TV. I opened the envelope and looked – and I froze!

My stunned gaze caught his eye. I grew up with both Tom and Bols, but I never, ever knew Tom was Bols father. Nor did I know that Toms real name was Hubert Philip.

It took his death for me to say how I saw him and to find out more about Tom, but one thing for sure – the Tom I knew is resting in peace.

Just look at his picture – and again!