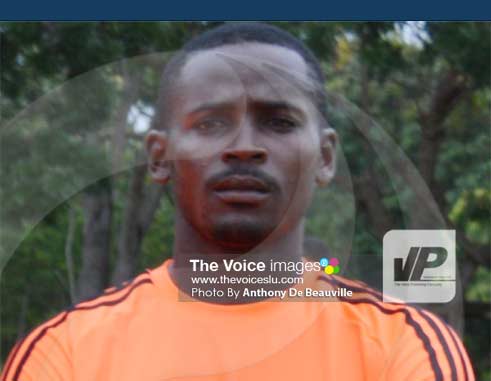 Share this post
THE 3rd place playoff and finals of the 2016 Vizions Entertainment Football Tournament, the Super League has been rescheduled for tomorrow evening at the Phillip Marcellin Grounds.

The double header showdown that was scheduled for Saturday at the Darren Sammy National Cricket Ground was postponed due to the heavy rainfall from early morning, brought by a tropical wave that interacted with an upper level trough to produce cloudiness, showers and thunderstorms over the southern half of the region.

From all indications given the football entertainment that was exhibited at the quarter finals and semifinals played at the same venue, a record crowd is expected to converge on the PMG on Wednesday evening to take in the showpiece from 6:00 p.m. when Babonneau meets Vieux Fort North for the third place silver ware; while at 8.00 p.m. dubbed ‘east versus south’ derby Micoud plays Vieux Fort South for a whopping $30,000.00 and the champions trophy.

The two finalists played to a 1 – 1 draw in the preliminary round of the tournament in Desruisseaux.

Micoud and Vieux Fort South made it to the finals with wins via penalty shootouts. Micoud defeated Babonneau 4 – 1, while Vieux Fort South edged out Vieux Fort North 5 – 3 after the game was tied 1- 1 at the end of regulation and extra time.

Leading Micoud’s charge will be captain Travis Thomas wearing jersey No.3, He will have alongside him the ever dependable No.1 Noah Didier in goal, No.14 Andre Joseph, No.19 Bernard Edward, No.13 Saleem Joseph, No.18 RyiMariat, No.20 Michael Descartes, No.11 Shane Paul, No. 16 Alton Nervais, No. 8 Levi Altidore, No.12 Andreous Willie, No.2 Vivian George, No.9 Mahonne James, No.4 Shardir George, No. 7 Dwayne Mason, No.6 Carlton Daniel and No.5 Barry Justin. Head Coach – Cornelius Butcher.

National player No.23 Jamil Joseph and Vieux Fort South captain playing on home turf is expected to lead from the front. He had an outstanding semifinal match against VFN when he scored a wonderful acrobatic style – bicycle shot to get the equalizer for his team in the 34th minute. Joseph’s team will include- No. 1 Leo Alexander, No.22 Duncan Gopal, No.19 Janal Descartes, No.15 Quintan St. Brice, No.14 Kemp Edgar, No.5 SarnSavery, No.4 Bashan Classe, No.7 Noah Nicholas, No.10 Tyson Cox, No.8 Nyrone Winter, No.25 Vino Bartlett, No.17 Delan Henry, No.2 PrinMcFarlane, No.6 MarceliusHippolyte, No.13 Dwaine Charles, No.18 Jardel Harrow and No.9 Hasan Evans. Head Coach – Alwyn Harris.