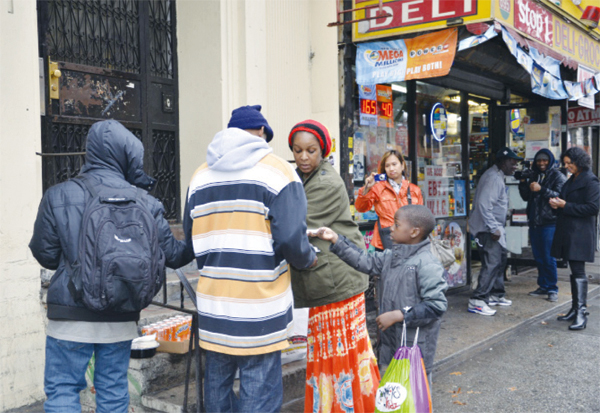 THE Saint Lucia Hotel & Tourism Association through the Tourism Enhancement Fund has announced that it is a Gold Sponsor of RISE St Lucia’s Good Food Revolution.

Launched in January 2016, the project seeks to reduce the consumption of GMO’s (genetically modified organisms) and increase the use of healthy, organically grown foods by the Saint Lucian populations. The project was born in response to “an unprecedented and alarming rise in chronic non-communicable diseases in Saint Lucia”, an SLBHTA release yesterday said.

The creators of the Good Food Revolution believe that this dangerous rise “is in great part due to the replacement from Saint Lucian diets of wholesome traditional fruits, root crops and vegetables from the local agricultural biodiversity, to highly processed imported options”.

On the occasion of this partnership, SLHTA Chief Executive Officer, NooraniAzeez, spoke to the SLHTA’s growing commitment to the agricultural sector. He said: “In the beginning of this year we made a commitment to strengthen sustainable linkages with the Agricultural industry and to continue to work toward Saint Lucia’s sustainable development. We are excited to partner with RISE on this project as they seek to educate farmers and the community at large in processes that would create a healthier nation for generations to come”.

The Good Food Revolution is also in partnership with the Ministry of Sustainable Development, Energy, Science and Technology (MSDEST) and the Ministry of Agriculture, funded in part by UNDP Global Environment Facility (GEF) Small Grants Programme. The first round of training for 40 farmers in organic farming began in early May. The SLHTA said it was honoured to support “this important initiative”.