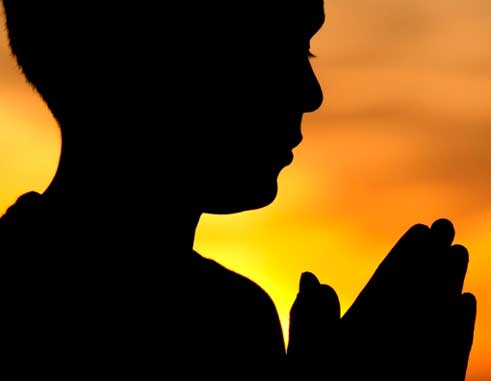 Am I glad that we survived this weekend, because the way some politicians behaved, one would swear that the world would end during Nominations Day on Saturday.

I mean, sigh, I really can’t wait for the June 7 to arrive already so the kerfuffle could at least simmer down (I know that it will never end though).

I have become so sick of the whole display of immaturity from some politicians that I think I need to visit a doctor.

The date for elections was set for the June 6 (the sixth month of the year) 2016…when, where, by whom and how on earth does that translate to the number 666 which is supposedly the mark of the beast?

Did Lucifer send one of his demons to steal the number “1” in 2016? Did numerals suddenly adopt the rules of most languages with silent letters and start having silent numbers? Are we trapped in a time warp where we think we’re in 2016 but we’re actually still in the year 2006? I just don’t get it!

Now I would have dismissed that one excuse as the foul cries of party hacks if I didn’t hear the opposition party leader himself use words to instigate the claims on a local newscast where he said something along the lines of The Prime Minister chose that date “for whatever reason”. I mean come on…stop It!

Why do grownups vying to govern an entire island with the responsibility of over 170,000 people, have to act like silly baboons thus indicating that they are not mature enough to take on such a task.

Now my goodness, I know after this people will call me all sorts of names and say I support this one and that one, but for a minute, let’s remove the colour stains in our eyes and brains and let’s be realistic…does that 6.6.16 thing really make sense to you?

There Will Be Blood
This one gets touchy for me because to me, people are making a complete mockery of the dead. I will never forget the Morne Sion tragedy in November 2011 and the level of grief that took over the island following the death of the 19 people (two children were never found).

It wasn’t long until that mourning was interrupted by individuals who not only insisted, but spread their propaganda that the lives lost was some sort of offer or claim by the devil for a victory in the upcoming elections.

I remember back then how furious I was and just thinking about it now, makes me upset.

I would like to think that my island home is dominated by intelligent and logical beings who know the difference between sense from nonsense, so why this foolishness became so popular, I don’t know.

Now it’s election time again and it’s like people are calling for more death and tragedy to validate their pea brained mindsets.

Rather than the so called religious folk praying for safety and protection, they are just waiting with bated breath to hear that someone was slaughtered or died violently so that they could give their religious expertise as to why this person was killed as well as the significance of the way they were killed.

Nominations Day Was An Insult To Seventh Day Adventists
This one made me chuckle and I chuckled hard because this was a typical case of selective Sabbath Observance.

Let’s start out by being fair (I like fairness) True Seventh Day Adventists had every right to be unhappy about Nomination Day being held on their Sabbath…but who are we trying to kid? Now this bit truly excludes all true believers because I respect you and your religious beliefs, but speaking to the party hacks who decided to jump on board the bashing bandwagon to raise a stink about the chosen date, you people are jokers.

Besides, the idea of holding public events on Saturdays never seemed to an issue before with campaign rallies and even certain politicians holding birthday bashes for themselves at George V Park…why didn’t they have the “Sem Days” in mind then?

But hey, two can play that game…what about the respect for people who worship on Sundays? What happened to their rights?

In 2011, a Youth Rally was held on a Sunday…what about the Sabbath of Christians who recognise that day as their Holy Sabbath? See how ridiculous the silly tit for tat is?!

Now people, I have said it a million times and I will say it again, I am no fan/supporter of SLP nor UWP but as a citizen of St. Lucia, I have a democratic right and duty to vote and I don’t want to put my X just anywhere.

I call out both parties when I see them doing nonsense I don’t know what it is, whether they are trying to grasp at every straw they can land their hands on in the last few days before elections but news flash, for undecideds like me, this kind of behaviour is a turn off.

We are on the home stretch now, people are watching and listening, please change your antics if you want any voter that is not a die-hard party hack to pay attention and take you seriously.