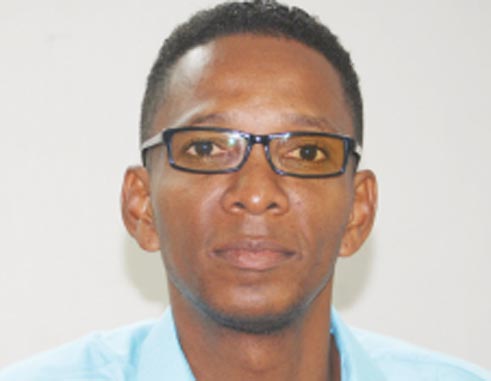 REPRESENTING constituents is a serious matter and not as easy a task as we often tend to believe. Balancing one’s personal life and meeting the expectations of those who voted you in to speak on their behalf can surely take its toll. Nevertheless, it seems that more and more people seem inclined to put themselves up as the people’s choice even at the risk of losing their privacy, health and reputations in the process.

Take Republican candidate, Ted Cruz, for example, who vowed tooth and nail that he would defeat billionaire loudmouth, Donald Trump, to be the candidate that would square off against either Democrats Hillary Clinton or Bernie Sanders in this November’s presidential elections in the United States. With the odds stacked against him, Cruz was still hopeful that the Evangelical voters would rally with him, even travelling to those states where he felt that vote worked in his favour.

But last Tuesday’s Indiana primary loss proved too much for Cruz with the Texas politician bowing out of the race to make way for Trump. This latest loss comes days after Cruz was labeled “Lucifer in the flesh” by former House Speaker John Boehner and being called “lying Ted” by his rivals long before that.

Anyone following that epic campaign that began nearly a year ago would quite understand how much of a toll such a loss can take on even seasoned politicians who profess to be thick-skinned and ready to take on any challenge in the name of the people. Quite often, they recoil into the shadows, surfacing briefly and disappearing again. We all saw what happened to Mitt Romney after his loss to President Barack Obama in 2012.

Closer to home, we have had our fair share of politicians risking it all to represent us. At 82, Sir John Compton chucked old age aside and returned to active politics following a decade-long sabbatical to man Fair Helen’s ship. Four months later, he fell ill and within another five months, he succumbed to his illness. Many people still think that his last Budget Address contained many elements of development from which Saint Lucians could have benefitted.

Even Lucian People’s Movement (LPM) leader, Therold Prudent, claims to have given up his New York-based job a year ago to return home to stomp the ground and rally his party into office. After many attempts at home, Prudent seems the only candidate from his party likely to contest the next general elections.

There’s also the case of Anse la Raye/Canaries MP, Dr. Desmond Long, who, after four years into his five-year term, announced that he would no longer seek re-election due to personal and business reasons. Dr. Long admitted that the job of looking after the needs of his constituents got in the way of his medical practice and vice versa. Nevertheless, he came under fire for admitting that he was faced with that situation very early in his term as MP.

This week, the endorsed UWP candidate for Castries Central, Peterson Francis, announced that due to personal reasons he could no longer continue his campaign and would be foregoing the next general elections. Former SLP government minister, Sarah Flood-Beaubrun, who represented that seat for two terms, has now taken up that challenge.

As if by kismet, the House voted this week to increase the $250 fee candidates must pay to contest elections to $500. One of the reasons behind the latest move is that the 100% fee increase would serve as a deterrent to less-than-serious candidates offering themselves up to represent the people. If you asked me, though, no amount of fee increase would deter any political hopeful from getting some of the perks MPs – and especially government ministers – are rumoured to receive.

But representing the people is serious business. Daily, it seems that the needs of the people become greater as many find it difficult to do more with less. Many enlightened prospective voters are wary of politicians with the gift of gab offering to bring them water from the moon even as WASCO struggles daily to get them water from the dam. Others are concerned that those already in are pledging their utmost to do better while those wishing to get in are pitching even beyond that.

As with every decision a consumer makes before purchasing an item, voters need to adopt the caveat emptor mantra. Not that every candidate seeking our vote of confidence is another wheeler-dealer trying to get his or her hand on a few thousand dollars a month plus overseas trips while we wallow in shame, anger and declining poverty. There are actually a few politicians who do care about the people, so much so that they have a long line of people fleecing them for a handout outside their constituency offices.

But back to Ted Cruz. Given the margin of loss that kept creeping up on him daily, one wonders whether he got too caught up in the spotlight to call it quits. I’m sure many of his campaign donors would have already pulled the plug on him. But sometimes political campaigns are not always focused primarily on representing the people; sometimes it’s all about showing the other guy how better we are – whether intellectually, financially, egotistically or otherwise. Sometimes the constituents take a back seat to all the shenanigans playing out behind the scenes or right in our faces.

But in the same manner a student must leave these shores to pursue higher learning that last years, the candidates putting themselves up for our votes need to recognize that they must be in for the long haul after their win and not go with the flow just because some constituency group says so. Besides, candidates should be selected on the basis on the constituents’ say-so and not based on either a constituency group or the party executive’s preference. After all, winning candidates represent their constituents in Parliament, right?

With general elections here due in the next few months, there definitely will be more powerplay among the political parties. Even Micoud North independent candidate, Jeannine Compton’s candidacy is attracting much attention, due in part to that contract with the people she is proposing. Many candidates might even fall prey to over-promising and making up for it by offering the best excuses yet to be invented. They’ve made us kick that can down the road long enough for us to learn not do so barefooted.

If you asked me, this upcoming election has nothing to do with just one family as is being suggested. In fact, it has to do with the many families who continue to stare down poverty and hard times despite the best efforts of all those charged to deliver better. It has to do with people getting paid better for working harder, longer hours. It has to do with the kind of nation-building that lifts people up rather than drag them through the mud of divisive politics.

This upcoming election requires the right kind of candidates who must find it hard to sleep at night knowing in their hearts that better can be done for the people they were elected to serve. Anything less than that is just another job.