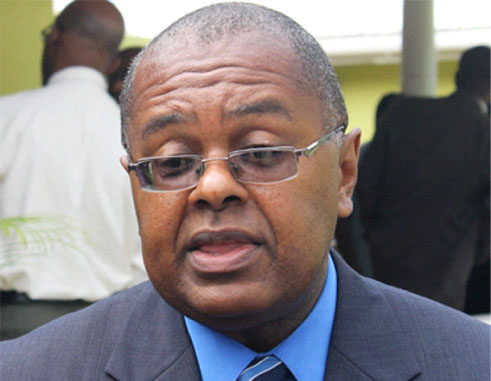 MINISTER for the Public Service Senator James Fletcher has denied the contents of a document on social media suggesting that the ruling St Lucia Labour Party has plans for the public service after the coming elections that will negatively impact the livelihoods of employees.

Fletcher said there was “absolutely no truth” to the claim that Public Officers on temporary appointment will be placed on contract for two years. “It is also patently false that officers who are on contract, or any other officers for that matter, will be dismissed if they score less than 85 percent on their appraisals”, he said.

He added: “Finally, there are absolutely no plans to implement the 5 percent salary reduction. Because of our collective sacrifice we have been able to close the fiscal gap and stimulate growth in our economy. We need to continue to build on these gains and catalyse even more positive sustained growth in our economy”.

But he said he could however state “with a high degree of confidence” that the Labour Government intends to undertake the following measures in the Public Service in its new term of office:

1. Establish a state-of-the-art modern training facility for Public Officers at Union, in what was previously Spinners, to equip Public Officers with the necessary skills to operate even more efficiently and effectively.

2. Initiate a comprehensive programme to upgrade and enhance the information technology skill sets of Public Officers.

4. Continue the Employee Assistance Programme to provide support to Public Officers who may be experiencing distress that is impacting on their ability to function in the work place.

5. Integrate the new Unified Communications System in the operations of all government offices so that Public Officers may communicate more effectively with each other, using voice-over-IP technology and having greater ability to host teleconferences and video conferences.

6. Continue to address the several Occupational Health and Safety issues that plague some of the Government offices, so as to ensure that our Public Officers are not exposed to hazards in the work place.

7. Complete the digitization of all government records and make it possible for processes such as Leave Management to be done quickly and more efficiently on an online platform.

8. Integrate the successful 311 Contact Centre with the Emergency 911 and 999 services for greater efficiency and more efficient response times.

9. Complete the Vieux Fort Administrative Complex to provide Public Officers in the south and the general public with modern, spacious premises to work and transact business

10. Make it possible for more government services, such as renewal of Driver’s Licences and application for birth certificates, to be done online via the Government Web Portal.