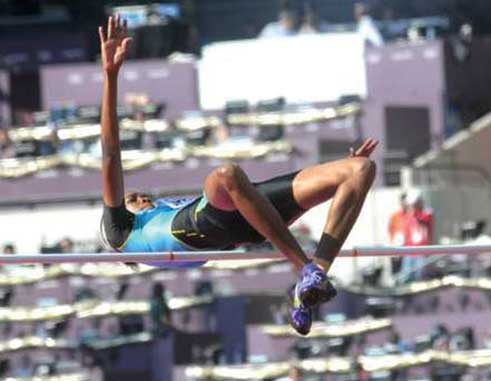 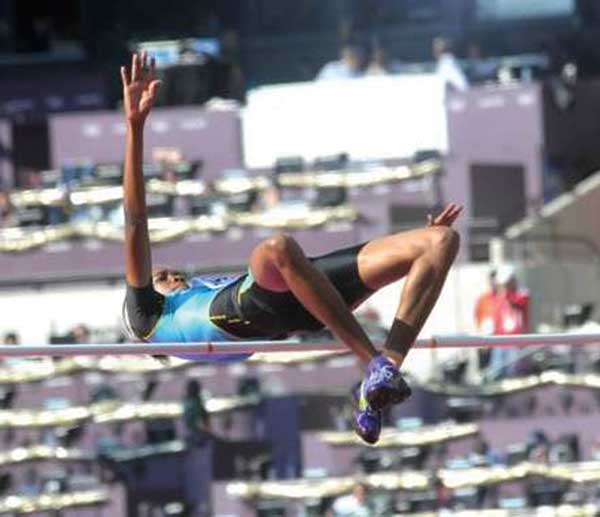 Last Saturday, St. Lucia’s world ranked high jumper Levern Spencer was at it again. Competing at the Prefontane Classic Diamond League meeting in Eugene, Oregon, the region’s No.1 female high jumper again showed that she is definitely amonst the best in the world, when she placed second in her second Diamond League Competition for the 2016 outdoor season.

Spencer, who is the first and only St. Lucian to have ever won a Diamond League medal, cleared the bar on her very first attempt at 1.92 metres. This silver medal follows her gold medal win at the Shanghai Diamond League in China just over a week ago.

This second place finish was made more significant by the fact that Spencer was up against some of the world’s top jumpers like the USA Nos.1 Chaunte Lowe and 2 Vashti Cunningham, the Polish No.1 Kamila Licwinko, the British No.1 Isobel Pooley, the Italian No.1 Trost, the German No.1 Marie – Laurence Jungfleisch, and the Spanish No.1 Ruth Beitia.

Placing first on the day was Lowe, who cleared a height of 1.95 metres, with Spencer stopping her competition at 1.95 metres because of a slight ankle pain she experienced after her 1.92 metre clearance. By this time she had already secured the silver medal, with Licwinko of Poland and AlessiaTrost of Italy having to share the third place.

Spencer, who currently has the second best jump in the world for the year, is now preparing to return to her base in Athens, Georgia, where she will be continuing her training in preparation for the Summer Olympics in Brazil.