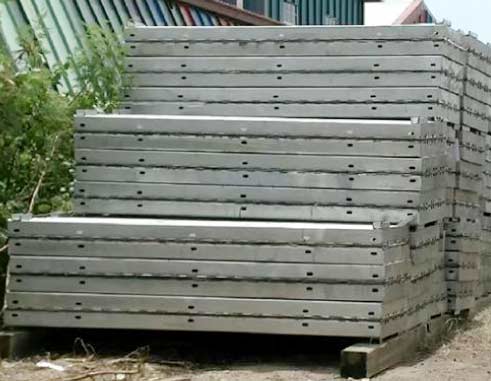 THE Ministry of Infrastructure, Port Services, and Transport, has welcomed the recent consignment of Bailey bridges which have been used to restore vital roadway access between communities following severe infrastructural damage caused by storms.

Last monthl, the ministry received 15 single and double-lane Bailey bridges of varying lengths. The Government of Saint Lucia had previously purchased 300 meters of Bailey bridges in 2013.

Deputy Prime Minister and Minister for Infrastructure, Philip J. Pierre, recalls that following the 2013 Christmas Eve trough the ministry was able to restore vehicular access in the communities of Canaries and Piaye within less than a week, with the erection of Bailey bridges.

The minister noted that while the traditional concrete and steel approach was costly and required a lot of time, the investment in Bailey bridges allowed government to respond to emergencies in a timelier manner and at a lower cost.

The Government of Saint Lucia also came to the rescue of Saint Vincent following the Christmas Eve trough by donating over 100 meters of Bailey bridges. These bridges were used to reconnect communities severed as a result of the weather event.

The new shipment of Bailey bridges was financed by the World Bank under the Disaster Vulnerability Reduction Project (DVRP) at a cost of $1.4 million. Staff training on the installation of Bailey bridges is also being provided to the Ministry of Infrastructure.