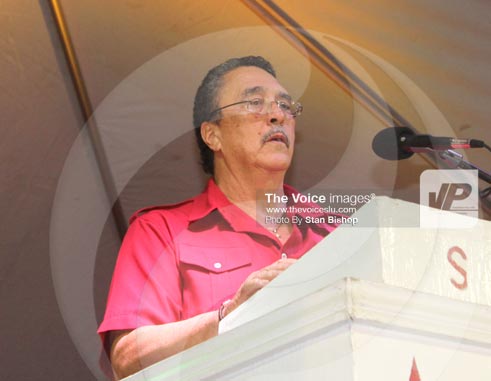 A GREAT deal of emphasis is being placed on the public meeting to be hosted by the Saint Lucia Labour Party (SLP) on the Castries Market steps this evening. Many Saint Lucians are mulling the Prime Minister’s announcement of the date for the next general elections. Tonight just might be the night that Prime Minister Dr. Kenny Anthony finally rings that silent bell.

The forcing of Dr. Anthony’s hand came as recently as last Thursday evening when the opposition United Workers’ Party (UWP) held its own public meeting in William Peter Boulevard where Castries North candidate, Stephenson King, told the crowd confidently that general elections will be held on June 27.

While there has been no official confirmation – or denial – from the SLP camp regarding King’s prediction, many have been postulating that there might be some fire behind King’s smoke. In fact, The VOICE learned this week that the presumptive date for general elections might be earlier than we think – June 21.

During that UWP public meeting last Thursday, Political Leader Allen Chastanet told supporters that should general elections not be called by June 27, his party will organize a vote of no-confidence march against the government.

With a number of candidates yet to be officially launched in both political camps, both parties are emphasizing their readiness for the upcoming political battle to serve in government. In fact, the SLP camp has been saying for months now that it is ready while the UWP has pushed incessantly for early general elections.

However, many people are already questioning the timing of the supposed elections date. With the jazz season over and Carnival mode already setting in, some believe that the timing is off-putting. Others, however, believe that governance takes precedence over calypsos, costumes and bacchanal. For others, general elections seem way past due.

Whether or not the Prime Minister does ring that bell this evening, there is no denying that the fever pitch rhetoric and campaign momentum that have been building up over the past few months are clear indicators that general elections are not far away. Not in November, at least. But, really, are we truly ready for the elections?

Thus far, there seems to be no indication that candidates will take up the challenge to debate each other squarely about the real issues affecting constituents, especially both political leaders. The challenges seem resigned only to the political platforms, political ads, social media and press releases.

If candidates are deliberately avoiding each other when it comes to moderated debates – which are being clamoured for by many – then why should voters be made to feel that their voices or votes do matter in what they still refer to as a democracy?