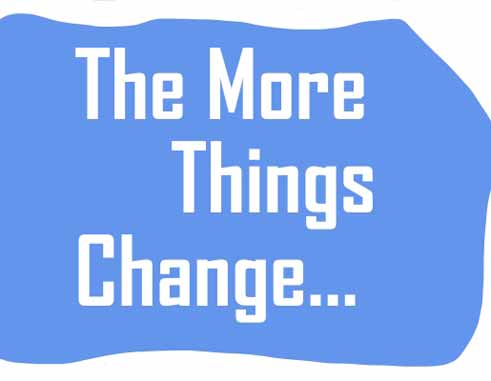 THE Editor: Let us briefly examine the significance of these twin pillars of society – the Family and the Polity – within the St Lucian context. (The parenthetical insertions are all mine).

A major problem facing our society is the widespread lack of knowledge by our citizenry, especially our youth, in the field of Civics or the Science of Citizenship. Even in this era of National Independence, it would be fairly safe to assume that the average St Lucian Citizen is largely unaware of the basic purpose and functions of Government. (And I say: primarily, those who govern, it would appear). Furthermore, most persons lack a fundamental understanding of what constitutes their legal rights as citizens.

Civics, as a subject, encompasses the following broad areas of knowledge which should be incorporated into our school curriculum at the earliest possible date:
– An awareness of one’s basic human and legal rights as a citizen;
– A basic understanding of the mechanics of the various levels of our governmental and judicial systems;
– and A keen comprehension of one’s own role and responsibilities within this democratically constituted political system. (Is this so difficult to put in place and make mandatory in schools to achieve some useful consciousness?)

Our St Lucian constitution has been criticised in certain quarters for not being quite appropriate to the needs of a developing country such as St Lucia. But constitutions, although vested with special authority, can only be transformed into living, breathing institutions, when the majority of citizens understand their underlying philosophy, objectives and functions, and are prepared to assume the active and dynamic role that has been prescribed for them therein. (Guess we’ll never be allowed to know! We could have had a powerful opportunity last year, but those who are elected to serve us, showed us what they thought of us, as well as of our ideas and desires for more proficient and satisfactory governance of our country). Therefore, assuming our present level of participation remains unchanged, it is not by any means guaranteed that we would get any more mileage out of a different constitution.

However, if these courses of instruction were introduced under the present arrangement, a knowledgeable and better informed citizenry would be certain to benefit by way of receiving more sensitive, more efficient government, while the elected representative could well find his constituents more responsive and co-operative as they come to understand their true and proper role as citizens of this State. (Ah, but, typically, myopic, self-serving leadership reigns)

Ours is a generally apathetic society which is normally quite content to leave the discussion of important public issues to the professional politician, the political activist and the media. It is only when a crisis is upon us that people begin to consider, to analyse and to articulate their views. (If that still holds today, then it gives me hope that the time is now). By awakening the civic consciousness of our people and opening up a constant dialogue between the governors and the governed, we shall rid the society of the bogey of insecurity that currently stalks the land. No longer will we need to ask each other the breathless question: WHAT DO YOU THINK THEY’RE GOING TO COME UP WITH NEXT? (The caps are mine).

For having been educated, informed and given the opportunity to conscientiously discharge our civic responsibilities, we will have only ourselves to blame if we do not already have the answer to that question. Thus, freed from our paralysing uncertainties and fears, we would then focus our attention on the urgent tasks that lie ahead. And, may I just add that one should not ever treat one’s citizenship lightly as there are many stateless persons – witness the millions of refugees all over the world – who yearn for and hanker after the status and privileges that we all too often take for granted.

Mrs Johnson goes on to review some of the concepts involved in Family Life Education, which she proffers is essentially a preparation for participation in Life and for an education in human relationships, and which, as such, is a lifelong process in which all persons are involved, be they young, old, married, divorced, single or celibate – for we all have families. In short, persons who are meeting the challenges of life. She adds that Sex Education is an important aspect of Family Life Education since sex is an important aspect of personality. She quotes from the Extra-mural Department ‘songoing (at the time) Sex Education Programme’s objectives as not merely supplying information on the biological functions of the human body – important though that is. It is also concerned with the behavioural and social aspects of sex. The primary aim is to help each individual understand himself/herself as a sexual being. Thus, sex education is a positive programme rather than an insurance against moral disaster.

And this is where I shall stop today, but be assured that I will be here again next Saturday in the Weekend Voice with the continuation of what many have said is an engaging and helpful discourse by Claudia Johnson.