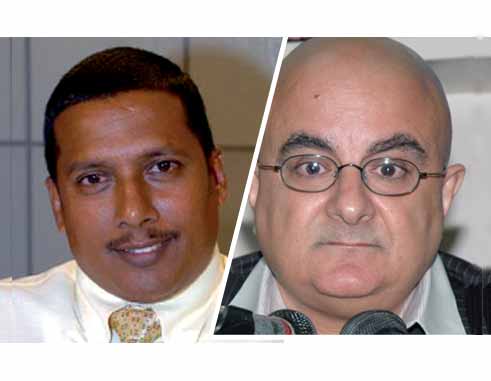 THE Eastern Caribbean Court of Appeal has dismissed an application by opposition parliamentarian, Guy Joseph seeking to restrain the Constituency Boundaries Commission from retaining Dominican Anthony Astaphan as its attorney in a matter which he has in the High Court.

The opposition United Workers Party (UWP) member for Castries South East is seeking to prevent the government from increasing the number of constituencies from 17 to 21 ahead of the next general election, widely expected before year end. But hearing of the case has been held up by other side issues.

Joseph went to the Appeal Court after the High Court ruled against him last year.

The St Lucia Labour Party (SLP) government was hoping to increase the number of parliamentary to 21 which would have resulted in changes in the configuration of certain existing constituencies, including the one he currently represents.

Justice Gertel Thom, who wrote the judgement called on Joseph to pay the Commission its costs in the Appeals Court and in the High Court, such costs, she noted, to be assessed if not agreed within 28 days.

Chief Justice Dame Janice M. Pereira and Justice Davidson Kelvin Baptiste concurred with Justice Thom. The judgement was handed down on Wednesday in open court at a sitting in the British Virgin Islands.

It is unclear when Joseph’s case against the Commission will be heard. The opposition is fighting to prevent the Commission from proceeding with a report to increase the number of constituencies and instead wants it to implement reforms proposed by the Commonwealth Secretariat.

Chastanet wanted the government to take heed of the contents of the Commonwealth Secretariat report which he said was commissioned by Dr. Anthony in 1998 and which recommended actions that ought to be taken regarding the creation of constituencies and the delineation of their boundaries.

For instance, Chastanet claimed that the report from the Commonwealth Secretariat stated that the chairperson on a Boundaries Commission ought not to be the Speaker of the House but an independent person.

The UWP’s issues surfaced after the House of Assembly on February 10, 2015 voted to adopt the Constituency Boundaries Commission report after four hours of debate.

Seven days after the Report was approved in the House of Assembly Joseph obtained an order restraining the Governor General from issuing a proclamation to give effect to the recommendations contained in the Report.

Then on February 26, 2015 Joseph instituted legal proceedings in the High Court challenging the legality of the Report on two main grounds that the Commission, in preparing its report in accordance with section 58 of the Constitution, did not act independently and was improperly influenced by the ruling Saint Lucia Labour Party and that the Commission had failed to consult or properly consult while exercising its functions under section 58 of the Constitution.

It was on March 6 of last year that Joseph applied for an order restraining the Commission from continuing to retain Astaphan and an order that the Commission be independently represented by counsel who is not connected with any of the political parties in the country.

The High Court dismissed Joseph’s application having found that the evidence presented by him, along with the consent order did not prove conclusively that Astaphan was retained to represent any of the parties in the underlying claim prior to the Commission retaining him, and that the evidence was insufficient to prove that the Attorney General or any other person directed or influenced the Commission to retain Astaphan.

According to Justice Thom, the High Court also found that Astaphan’s long standing relationship with the Prime Minister, the Chairman of the Commission and newspaper reports were not sufficient to prove that he was a political activist.

The Appeal Court noted that in the High Court the test was whether a fair minded and reasonably informed member of the public may perceive that there was a real risk that Astaphan would fail in his professional duties as regards his representation of the Commission.

“The learned judge was of the opinion that it could not be perceived by a fair-minded informed member of the public that Astaphan might be partial to the Prime Minister and/or the SLP and that means that he is opposed to the Commission’s interest before the court which was merely to defend the Report it had prepared before Mr. Astaphan was retained by the Commission. The fact that Mr. Astaphan could be opposed to the appellant was not relevant. The learned judge concluded that there could not be any perception that there is a real and appreciable risk that the administration of justice would be adversely affected if Mr. Astaphan, represented the Commission in the underlying claim,” Justice Thom noted.

Joseph appealed the High Court decision contending, among other things, that the judge ought to have applied a standard of proof that was lower than the balance of probabilities in considering the evidence before him.

He also argued that the learned judge had misstated the legal test that was applicable in this matter and accordingly, he had erred in making a determination on whether or not Astaphan should be restrained from continuing to represent the Commission.

The Appeal Court judges agreed that the High Court judge had applied the correct test in making a determination on whether Astaphan was suitable to represent the Commission.