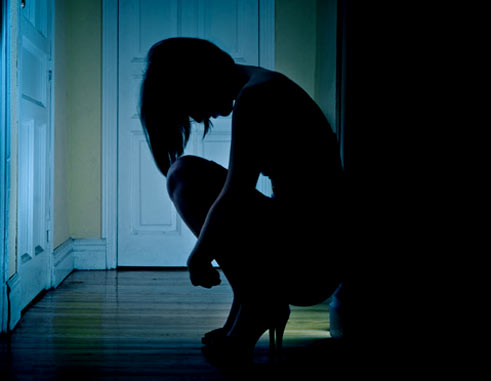 THE VOICE introduces a brand new column ANNOU PALE aimed at stimulating dialogue on some of the most pressing problems facing our country at this time.
We plan that this conversation will continue for some time throwing up ideas and solutions to the problems that have been identified and selected for discussion. You, the reader, have the opportunity to join the debate which in fact, has already started.

An increase in rape?

THE continuous raping and destruction of our women and young girls has got to stop. Rape is the most destructive act of violence or should I say inland terrorism. We need to come together to prevent this from happening.

For some of you not knowing what rape is; generally, rape is defined as sexual contact or penetration achieved: without consent, or with use of physical force, coercion, deception, threat, and/or when the victim is: mentally incapacitated or impaired, physically impaired (due to voluntary or involuntary alcohol or drug consumption) asleep or unconscious.

Let us take a stand and protect ourselves by being more aware of our surroundings. Protect yourself and your family by being conscious of persons who might look suspicious. What can be done to stop the rape rate? How can you protect yourself? Do you think clothing, hairstyle, and behaviour play the role in rape? I don’t. Can fighting back protect you? Remember rape is not about sex, it’s about power.

Parents to get assistance with CXC dues

Prime Minister Anthony has said he plans to bring relief to poor parents who cannot afford to pay their children’s CXC fees. In his own words he wants to continue the work with education and that he promises the parents of this country… that no child should be disadvantaged from sitting CXC examinations, because the parents cannot pay CXC fees. He also stated that come next year 2017, his government will bring the people of Saint Lucia relief on CXC fees…He quoted: “Poor people of Saint. Lucia will not have to pay for CXC fees.

What are your views on the prime ministers statements?

The crime against Tourists

THERE are several issues related to crime against tourists, like pick-pocketing, crimes involving the elderly, burglary of holiday homes, robberies at bars and other places,terrorism against tourists etc. Tourism should be an interactive relationship between locals, other tourist, communities etc.

Some tourist can be in the wrong place at the wrong time, they are being targeted as an easy mark. But some are less likely to observe safety precautions like leaving items in public view. Just looking like a tourist makes you a victim of crime, but some tourists are also perpetrators, as well as the victims of crime. How many crimes have you heard involving tourists? Does the police have a good working relationship with tourist-related businesses? Have police and private security employees been trained in crime prevention and reduction measures involving tourists? Are locals aware of the harm tourism crime can cause to the community, and of their role in preventing it? Are tourists informed about crime prevention measures?

Are you a tourist? Tell us what activities have contributed to the crime(e.g. drinking, frequent dangerous areas, exploring). We want to hear your views about crime against tourist. What is your advice to visitors ? What should be done to reduce crime against tourists? Remember you don’t create crimes, criminals do.