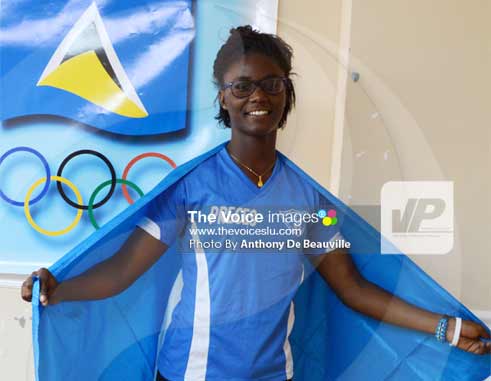 ST. LUCIA’S track and field team is all set to compete at the 45th edition of the CARIFTA Games in Grenada this weekend.

National record holder in the ladies 200 metres and “Junior female athlete of the year” Julien Alfred will lead St.Lucia charge in the 100 meters. and 200 metres, Alfred arrived on the Island on Tuesday afternoon from Jamaica.

Noticeably absent from the list to Grenada will be Kimani Alphonse who, according to the SLAA representative / Treasurer Cornelius Breen, is nursing an injury.

While in Grenada the 12 member team will be under the watchful eyes of Head Coach / Manager Denise Herman, Liaxna Martinez – Coach and Cuthbert Modeste – Coach.