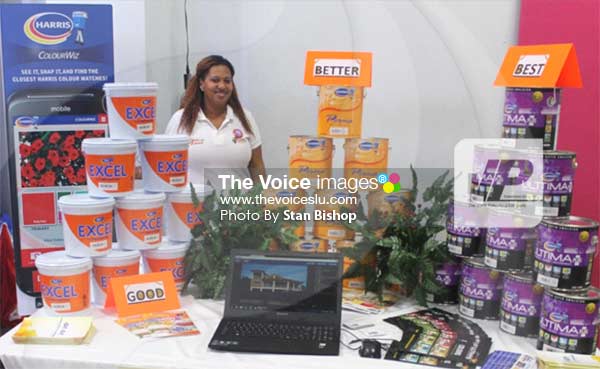 Share this post
DESPITE its production output declining by 4.9% in 2014, the local manufacturing sector’s contribution to Saint Lucia’s economy was estimated at $273.5 million that year.

The manufacturing sector was among the three main economies that recorded declines that year, the other two being construction and agriculture.

When Prime Minister Dr. Kenny Anthony delivered his Budget Address in Parliament last May, he attributed a “subdued economic environment” and “competitive issues” as the reasons behind the manufacturing sector’s decline.

Despite tourism being the leading economic sector, many manufacturers continue to face down challenges to ensure that the sector remains viable. The St. Lucia Manufacturers Association (SMA), an umbrella organization representing eighteen companies, says it remains committed to ensuring that high standards and competitiveness remain paramount in the sector.

This Saturday evening, the SMA will host its third biennial Quality Awards at Sandals Halcyon. At that ceremony, gold, platinum and diamond awards will be given out to companies in five categories: Leadership, Implementation of Standards and Best Practices, Product and Consumer Service Quality, Human Resource Development, and Social Responsibility.

Since its inaugural awards in 2012, the SMA has handed out trophies to many companies, some of which have expressed that the awards programme has made them rethink their business standards. Some have even invested huge sums to become competitive and compliant.

Eligible companies must participate in intensive internal audits undertaken by the St. Lucia Bureau of Standards (SLBS) to ascertain excellence and quality improvement protocols are adhered to.

The selection committee is headed by Dr. Winston Harvey, CEO of CASSE Consultants Ltd. of Barbados, who leads the panel of judges. That committee also includes three SLBS officials, one official from the Saint Lucia Trade Export Promotion Agency (TEPA) and a solicitor.

With just fourteen companies participating in 2012 and fifteen in 2014, the SMA Quality Awards has continued to grow in numbers, with SMA President, Ronald Ramjattan, and his executive’s unwavering invitations to other local companies to join the association.

Harris Paints (St. Lucia), which set up shop here over two decades ago, dominated the awards two years ago, picking up seven, including five Diamond Awards and the President’s Award for Excellence. The company, based at Bois d’Orange, also placed first in the Lawson Calderon Award for Eco-Manufacturing category, which was introduced that year.

During a press conference held last September, the Prime Minister announced that despite experiencing years of persistent challenges, the manufacturing had increased its production output by 1.8% in the first six months of last year.