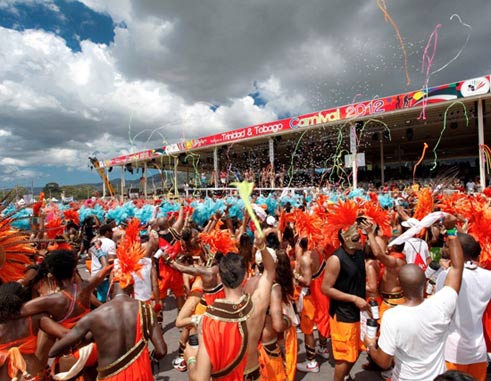 TRINIDAD and Tobago has been reacting strongly to a murder which brought to light the issue of victim blaming and shaming. The controversy came to life post the internationally acclaimed Trini mas, which culminated on a tragic note when the body of a 30 year old female reveller was found after two days of street masquerading.

News of the disturbing discovery of a young female still clad in her costume could hardly settle into the minds of the still euphoric carnival lovers, yet the mayor of Port of Spain Raymond Tim Kee had apparently made a statement implying that the deceased was somehow at fault for her own death.

The mayor is quoted as saying: “The woman has the responsibility to ensure that they are not abused.” Of course this statement begs the question – therefore males are absolved of all responsibility?

Confronted with the ire of the Trinidad and Tobago public and calls for his resignation after his insensitive comments went viral, Mayor Raymond Tim Kee found himself being heavily criticized for his comments about women’s behaviour during Carnival. He later issued a public apology.

This situation is not exclusive to Trinidad and Tobago obviously and similar reactions to crime in general are common place in Saint Lucia and elsewhere. We certainly look forward to hearing indepth analyses on what women and men wear as carnival costumes, what constitutes lewd behaviour during carnival feting and personal safety and responsibility as St. Lucia carnival draws closer.

Nevertheless we must appreciate that even though revellers may behave bad or wild as we say; this fact does not justify causing harm to those persons.

However, the immediacy of a discussion on victim shaming and blaming is likewise overdue in Saint Lucia. It cannot sit well with conscionable citizens that some persons seem to promptly react to crime by attributing blame to victims. Granted some victims are no saints but in a civilized society as Saint Lucia, laws exist. These laws and the unwritten laws of humanity guide us all on how to treat one another. It is shocking that in this heavily Christian country here exists a discomfiting lack of empathy for victims even when the circumstances of a matter have not fully come to light.

Why are so many people “ever ready” to hold the victims of crime responsible for the act of wrongdoing which was committed against them? Victims of sex crimes including of rape and sexual assault acts know all too well the pain and suffering of having to endure the predictable nasty barrage of loose gossip, unfounded finger –pointing, and premature condemnation in the court of public opinion. For some illogical reason, some persons insist on holding victims of crime responsible for whatever horrible suffering has befallen them.

If we continue as a people to exercise little personal responsibility while we grasp at every bit of sensationalism surrounding tragedies, the message may inadvertently be sent to criminals that they are justified in their lawless actions. Our unbalanced responses will say to them that there is tolerance for their actions. We will simply embolden them to continue carrying out egregious acts such as rapes and murders.

Perpetrators of crime will only feel increasingly emboldened and justified in their actions as a result of hearing vocal condemnation of their victims. To them it is probably either direct or indirect approval of their actions.

Is that really the signal we would want to send to criminals, many of whom have never been found out by police and are freely roaming among law abiding citizens? Do we realize that when the victim is held wholly responsible for the offence carried out against their person or property, we are in essence “setting” the predator free to strike again?

It is also necessary to point out here that if anything, the inclination should be to assist and support traumatized victims and grieving families to recover and heal from their ordeals. This would contribute to a more wholesome society for us all.

Unfortunately things happen to all and sundry at some point, albeit to varying degrees. The point is, no one is truly in a position to celebrate another’s pain. While we applaud Trinidad and Tobago for speaking out against this behaviour, the task is ours to address this issue as well. Much of the victim shaming and blaming that goes on is usually directed at females and on this basis it would augur well to hear women and girls take a vocal stance on this issue now or in the near future.

As we tread the path of our 37th anniversary of Independence the time is certainly ripe for engaging in some retrospect and self-critique on any unhelpful, damaging and disparaging approaches we have utilized in the past so that we can all resolve to do better going forward.