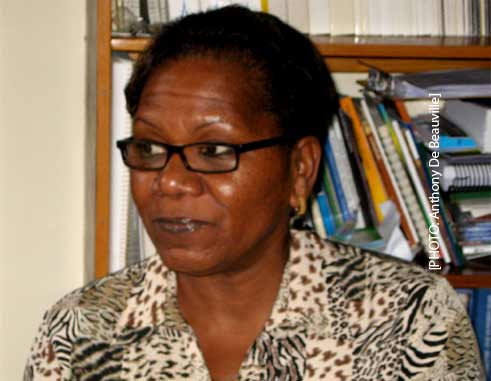 Share this post
SAINT Lucia delegation is back home from Canada, following their participation in workshops on Long Term Athlete Development, (LTAD).

Members of the group were of the opinion that the Canadian experience provided the opportunity for in-depth and practical insights of the Long Term Athlete Development (LTAD) Model – an athlete-centred approach that combines skills instruction with long-term planning and an understanding of human development.

“In the main, the integral role of physical literacy as a key factor in shaping the LTAD model was emphasized throughout, “ said Rufina Paul, Executive member of the St. Lucia Olympic Committee Incorporated.

The Canadian Sports for Life National Summit (January 27 – 28,) was attended by over 500 participants, mostly Canadians. With the exception of one participant from the British Virgin Islands, Saint Lucia was the only Caribbean country in attendance.

During the two-day Summit, the Saint Lucia delegation participated in all of the 37 simultaneous sessions which dealt with a range of issues. These included current research and best practices that can facilitate athletic development “from the cradle to the grave”, as well as programmes for persons with physical and cognitive disabilities.

“Some sessions reviewed current LTAD models and highlighted the benefits of LTAD as a new approach, “ Paul added.

The World LTAD Symposium, held on January 29, was attended by participants from Japan, Australia, Botswana, Scotland, United Kingdom, United States, Canada and Saint Lucia among others. During the symposium, the Saint Lucia delegation made a presentation on the topic “LTAD in the context of a small island developing state”.

The presentation focused on initiatives undertaken since the inaugural LTAD workshop held in Saint Lucia and attended by 85 participants in June 2015.

Added Paul “The Saint Lucia delegation was privileged to have face-to-face discussions with pioneer LTAD experts, namely Istvan Balyi and Richard Way as well as Steve Norris; during the exclusive Saint Lucia Sports for Life Workshop on January 30. Apart from lengthy deliberations on the draft football, netball, swimming and tennis LTADs consideration was given to the creation of the enabling policy environment and institutional framework for the harmonization of physical education and sport development programmes. “

Critical to the LTAD approach is the articulation of the stages from the development of fundamental movement skills to training for elite competition and the transition to lifelong physical activity; across the sporting landscape in Saint Lucia.

In this regard parents, coaches and sports administrators are recognized as key partners in this process; which aims to facilitate pleasurable and developmentally appropriate pathways for not only competitive athletes but also healthy and “active for life” citizens.

The concept of Long Term Athlete Development is being spearheaded by the Saint Lucia Olympic Committee Incorporated and the Ministry of Youth Development and Sports in collaboration with other interest groups.