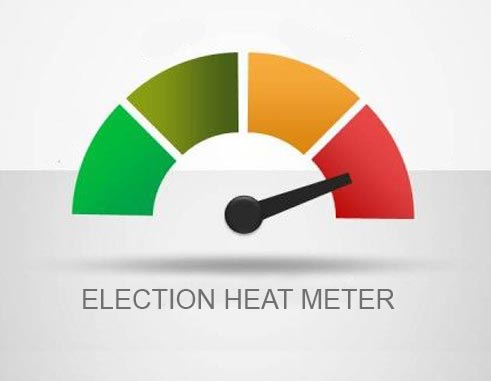 CANDIDATES selection in both the main political parties, the Saint Lucia Labour Party (SLP) and the United Workers Party (UWP) is accelerating, with an anticipated general election this year.

And although neither side has publicly claimed an official start to their political campaign the tone of recent public meetings – the UWP last Sunday in Gros Islet and the SLP last Thursday in Dennery village – suggests the contest is truly on.

“This is the first in a series of public meetings,” an SLP press release noted.

Both parties have held National Council meetings for the year, the UWP last Sunday in Gros Islet and the SLP last Saturday in Soufriere where specialized officers were selected to complete its national executive.

The endorsement of multiple candidates, in some cases, almost at the same time, supports the view that both parties are about to unleash their election machines on the populace.

The UWP, late last year for instance, endorsed Dominic Fedee as their candidate for the Anse la Raye/Canaries Constituency and Mary Isaac, for the Castries South Constituency.

Both individuals now sit in parliament as senators, with Fedee, as the newest member of that chamber.

Further endorsements were to follow where in a single swipe, last Sunday in GrosIslet, the UWP endorsed three persons in the constituencies of Gros Islet, Dennery South and Laborie.

Lennard “Spider” Montoute, who lost to the SLP’s Emma Hippolyte in the last general elections was endorsed last Sunday. His candidacy was in doubt for more than a year due to interest shown by a young aspiring public servant, Jeana Corneille who indicated a desire to represent that constituency under the UWP banner.

Also endorsed last Sunday by the party was Edmund Estephane for Dennery South. He is a sitting parliamentarian on in the Lower House of Parliament, having won the constituency in the last general election.

FransicoJn Pierre, a new comer to elective politics, was also endorsed by the UWP for the Laborie constituency.

“Those candidates have demonstrated true dedication to service over the years and the UWP is pleased to welcome them each on board to represent the party in the upcoming general elections,” a statement from the party said.

The SLP has also endorsed a number of persons as candidates for certain constituencies.

Jerome Gedeon who was named by the party last December as their candidate for Dennery South last week made his maiden public address to voters in the constituency. He will officially be launched as the party’s candidate on February 29..

Also endorsed at the same time as Gedeonwere Herbert Roserie for Micoud North and Joachim Henry for Castries Southeast.

Also of interest within the SLP were the announcements by two of their sitting parliamentarians not to contest the upcoming general elections, namely Dr. Robert Lewis and Desmond Long.

The announcements were somewhat surprising, to say the least, as neither had given any sign of wanting to step down.

However Lewis, the incumbent for Castries South claimed that it was always his intention to step down after serving two terms in parliament.

Dr. Long’s decision caught many by surprise given the enthusiasm he displayed at his launching in Anse La Raye in 2011.

Long, who is also the Deputy Speaker of the House of Assembly, said at a press conference last week that his decision not to contest the Anse La Raye/Canaries constituency this time around was primarily because his medical practice had suffered too much.

He said: “When in 2011 I entered elective politics I was a young medical doctor with an equally young private practice and it was my hope that I could successfully navigate the rigours of political representation whilst simultaneously building my medical practice. In reality, the marriage of the two has not worked out as I expected and has resulted in me not being able to give the constituents of Anse La Raye/Canaries the level of care and attention I would have liked.

“Mine is a single doctor practice which has become more and more demanding of my time over the last two years or so. A significant part of that medical workload also involves providing free services to constituents of Anse la Raye/Canaries. Over time it has become increasingly more difficult to straddle the pressure of my practice with the job of a Parliamentary Representative. Whereas I retain the commitment to assisting those from my constituency in need of my medical help I must make way for the Labour Party to find someone who can devote the time and attention which the people of Anse La Raye/Canaries deserve. Having given my future in elective politics careful consideration, I am now satisfied that I would not be in a position to give 100% of what is required during the upcoming election campaign,” Long said.

He denied that he was being pushed out by the party or that anyone from the party had called on him to step down or not to contest the upcoming elections.

What made Dr. Long’s statement rather perplexing was his answer in the affirmative when asked if he would reconsider his position if the constituency branch of the SLP was adamant that he was the one they wanted to represent them in the upcoming elections.