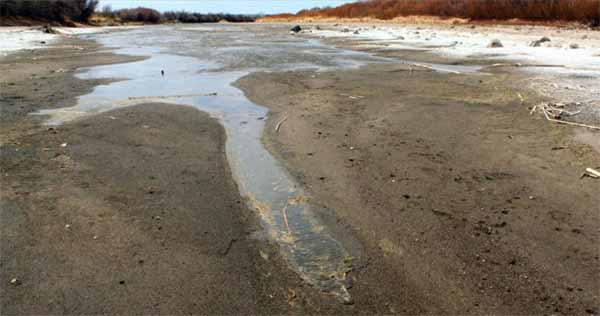 Rainfalls Well Below Average Since Dec.

A plea is going out for Saint Lucian homeowners, businesses, and farmers to brace for further extreme drought conditions.

Prime Minister, Dr. Kenny D. Anthony has pointed to data from the World Meteorological Organisation, the Caribbean Institute for Meteorology and Hydrology, and the Caribbean Community Climate Change Centre, which indicate that the persistent drought that has affected the Caribbean in recent years could worsen in 2016.

Since November, rainfall in Saint Lucia has been well normal. According to Meteorological Services at Hewanorra International Airport between last August and November monthly rainfall measured at Hewanorra totalled 69.6mm., 154.3mm.,126.2mm. and 210.7 mm. respectively while at George F.L. Charles Airport the figures for the same months were 106.6mm., 147.3mm., 57.8mm., and277.6 mm. respectively.

For this month, up to last Friday, only 7.7mm.has been recorded and Hewanorra and 12.7mm. at George F.L. Charles

Two years ago,, a water emergency, originally declared for the north of St Lucia, eventually was enforced for the entire island,

In the face of the prolonged dry spell being predicted in coming months, the Prime Minister explains that whereas government is doing its part to help ensure there is a measure of resilience, householders, employers, and agriculturists must take action to safeguard themselves.

“Extreme drought has been affecting Saint Lucia and the Caribbean for the past few years. The data show that the year 2015 was the driest on record for some forty years, and due to the relatively low levels of precipitation during the rainy season, we actually entered the dry season in a rainfall deficit. Across the region, our neighbours are facing huge reductions in their agricultural yield. This is quite alarming, and we certainly cannot ignore this phenomenon,” explained the Prime Minister.

He said while the government is doing its part to ensure water security, the citizenry must also join in water storage and conservation efforts.

“This government is taking steps to help alleviate this very serious situation. The John Compton Dam Rehabilitation, the Vieux Fort Water Supply Redevelopment, and the Dennery North Water Supply Infrastructure Project are major priorities. Once completed, these initiatives will provide relief to over 100,000 citizens, by improving the consistency and quality of the water supply to tens of thousands of homes. Government and private sector stakeholders have also undergone training in drought mitigation and management, which is important,”

“But whereas these projects will reduce our vulnerability, it is still necessary for each and every one of us to do what is needful to prepare ourselves, our homes, and our places of business. The purchase and installation of water tanks to enable rainwater harvesting must become second nature for us. Our farmers have to look at planting hardier crops and improving drainage. We have to do all in our power to conserve water, and to use this precious resource wisely,” urged Dr. Anthony.