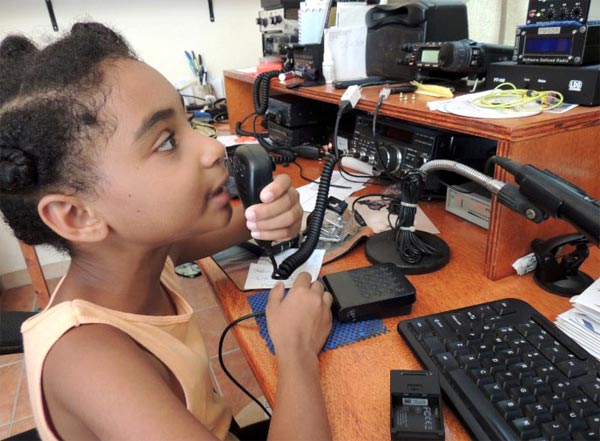 The goal of YOTA is to welcome new and young amateur radio operators to the hobby. Explained St Jour: “We live in a world where communication is being digitized in a way that we almost can’t keep up with. In times like this it’s important to convince people about the importance of our hobby especially in times of emergency or disasters”.

He added: “We started off by teaching Annique who is 4 years old and Journeii who is 7 years old how to operate on air. Both girls were very interested in radio and were quite excited to participate and talk to other YOTA Stations in Region 1. . .

“We tried getting a couple of schools onboard but due to red tape, and other reasons that did not quite pan out. Also we tried to recruit a few more youngsters to be with us during the Christmas holidays. That too failed, but Dereece, an eleven-year-old boy from England did us proud… He would have put some seasoned Hams to shame with his professionalism. 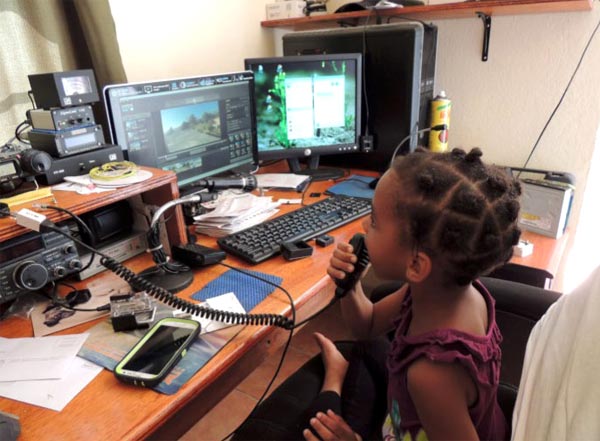 “The beginning of the month started off with a nice session and pileup. The best band at that time was twenty metres, so we went on 14 megahertz and called CQ. Journeii ran a nice pileup for about an hour! The session was live via uStream on the laptop. During the whole month we had sessions from both ‘shacks’.

“The Saint Lucia YOTA team managed to work 27 out of the 42 other YOTA Stations worldwide during the month and this qualified them for a platinum award! We worked many European and USA stations and several stations like South Africa, Tunisia, Thailand, Bahrain and many others. We had a very nice time in the pileups on SSB (Single Side Band).

“Our team had some interesting QSO’s (two way conversations) with the DQ0YOTA team from Germany doing a lot of odd digital modes including a digital voice QSO using FreeDv. .

“The month of December had fair propagation to the EU during our morning hours and towards USA and Japan in the evening. So we took a few days off to work the YOTA call in the morning to allow for contact towards the EU and other YOTA Stations. In the evening we had fun working mostly USA and at grey line we managed to do Japan”.

St Jour’s daughters did St. Lucia proud as the only station outside of Europe to get platinum