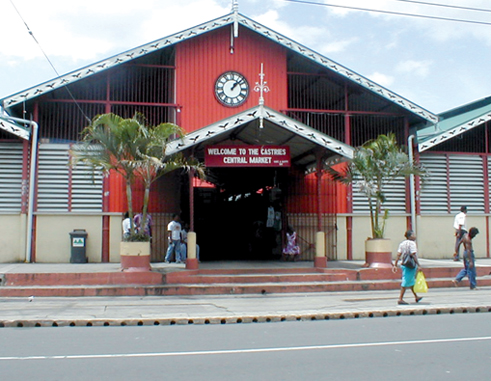 THE EDITOR:
I am a Canadian tourist who vacations here every year for the past six years and love the island…and the people.

Today, Saturday, we attended the Castries market and were shopping when we saw a tourist get robbed.

Several people saw the occurrence and gave chase. The tourist was likely from the cruise ship that was moored in the port, and he also chased the perpetrator into an alley. Probably the thief got away, and the tourist was not quick enough to catch him.

I thought that chasing him down may actually be dangerous as the man was likely armed with a knife or gun. There were no police close by despite the fact that the market was crowded with people.

The tourist will return to the ship with aa bad impression of St. Lucia. He will also complain to the ship management as well as his travel company, and also Trip Advisor so the story will become viral .

Many people will read this report and be affected by it. They will have the sad view that St. Lucia is unsafe. They will encourage friends and relations to avoid travelling to the island. Everyone loses………except the thief.

I implore you to watch out for tourists as each one can affect hundreds of others…..and that is your business!!,