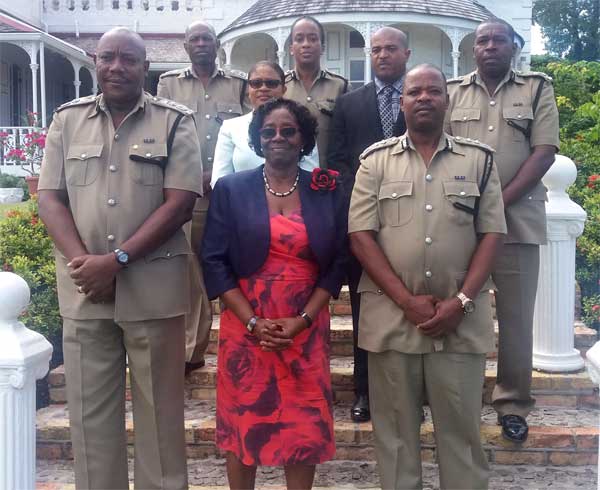 It noted that this was the very first time that the entire Executive of the Royal Saint Lucia Police Force had paid a visit to the Governor General.