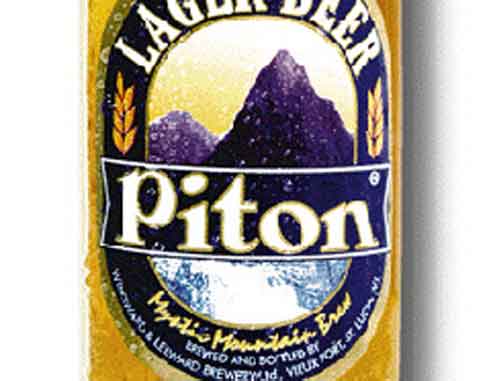 PITON Beer is marking the island’s upcoming 37th Anniversary of Independence with a special look.

Windward and Leeward Brewery announced this week that Piton Beer will get a signature Independence label in honour of the February 22 anniversary.

The limited time Independence Piton label will be available from February 1 through to February 29.

Brand Manager Sylvester Henry explained that the decision was taken because of what the Piton Brand represents.

“Piton Beer has always been synonymous with what makes us St. Lucian; it is a brand that we are proud of and for the last 24 years the brand has had significant successes and won various awards,” he noted.

“We have always marketed Piton as a truly St. Lucian product and that is its strong suit. It made sense that as St Lucia celebrates her independence, our locally produced beer would also celebrate. We hope this will be a collector’s item for loyal Piton customers and a show of patriotism and nationalism,” Henry added.

Since 1992 Piton Beer has been a source of pride for Saint Lucians as it is named for the signature World Heritage Site, the Pitons at Soufriere and it is brewed only in St. Lucia.

The Independence labelling features the black, gold, white and blue from the island’s national flag and a woman adorned in the national wear.

“This is a salute to our island home on this significant achievement,” noted Henry. “So any time someone picks up a Piton Beer they will be reminded of this occasion and we hope it will instil them with a sense of nationalism knowing that we produce this superior product. It’s also our way of saying Happy Independence to the entire nation.”