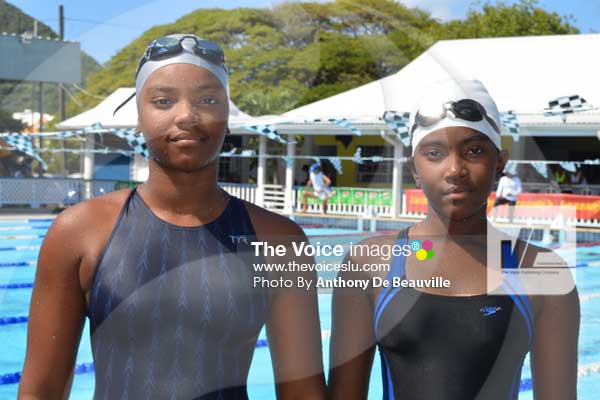 SHARKS Swim Club has started the 2016 swimming rivalry on a positive note. The club won a number of races on Sunday at the Rodney Height Aquatic Centre when the St. Lucia Amateur Swimming Association hosted its first in a series of one day open meets for the year.

The one day meet was sanctioned by the St. Lucia Amateur Swimming Association in accordance to FINA rules.

Eighty eight swimmers representing five of eight swim clubs on the island took to the water with the hope of improving their times.

According to SLASA Public Relations Officer Sue Monplaisir, the local association looks forward to giving the swimmers more opportunities in the very near future to compete locally with the ultimate goal of qualifying to compete regionally and internationally.

Meanwhile, with St.Lucia hosting the Goodwill Swimming Championship in August a Logo competition is ongoing amongst all local swimmers affiliated to SLASA. The dead line date for entries is Friday January 29.