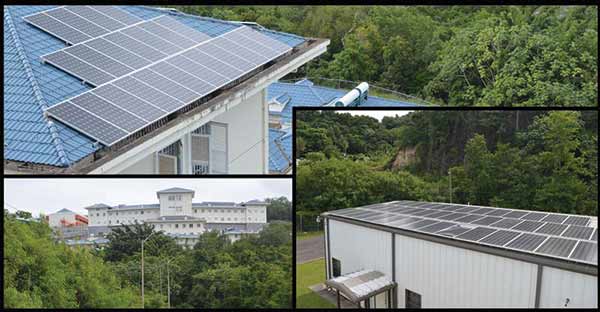 The National Mental Wellness Centre (NMWC) and the headquarters of the National Emergency Management Organization (NEMO) have been equipped with photovoltaic (PV) systems allowing them to tap into the renewable energy of the sun.

According to the Ministry of Sustainable Development, the move  is in keeping with government`s policy direction to increase electricity generation from renewable resources by 35 percent by the year 2020, while reducing energy consumption in the public sector by 20 percent over the same period.

The transition to renewable energy sources is a fundamental component of the energy security and price stability thrust of the Government of Saint Lucia. Renewable energy technologies such as photovoltaics also help Small Island Developing States (SIDS) demonstrate their commitment to greenhouse gas reductions despite their negligible contributions to global warming. Global greenhouse gas emissions is cited as the primary cause of climate change.

“The use of photovoltaic technology is increasing in Saint Lucia and now stands at a meagre yet significant 328 KW of solar roof-top PV,” Permanent Secretary Sylvester Clauzel said. “While there are a few demonstration sites, the time is opportune for great dissemination of the technology particularly on public buildings. The need for ready access to energy during times of disaster cannot be overemphasized as interruption of the electricity supply can cause significant problems.”

PV systems can provide backup power for communities, increasing the ability to cope both during and following a disaster event, the Ministry said.

Both systems are expected to be commissioned shortly.