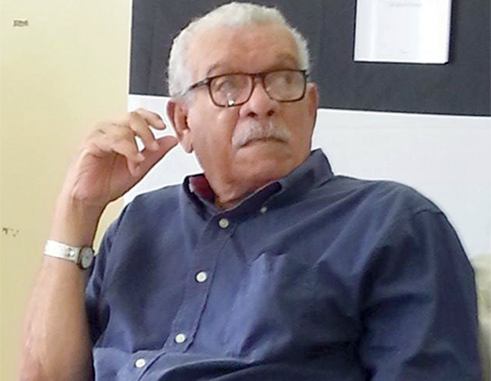 Despite its name, it will run for two weeks – from January 10 to 30 – under the theme, “Celebrating Excellence: Transforming Lives”.

Nobel Laureate Week became an annual feature in 1993 following Derek Walcott receiving the Nobel Prize for Literature the year before. However, it celebrates both the lives and works of Walcott and the late Sir William Arthur Lewis, who won the Nobel Prize for Economics in 1979.

Delia Dolor, Coordinator of Nobel Laureate Week Committee, told the VOICE Tuesday that the event has progressed over the years. Dolor, who has been on the NLW Committee for the past six years but became the coordinator three years ago, said what started out as a week to reflect on the achievements of the two outstanding men has now blossomed into something bigger.

“It started out as a day, then became a week and it looks more like a festival now,” Dolor said. “So that’s a good indication that we’re growing. I think the best thing is that the events are also varied and there’s definitely something for both the young and the old.”

Over the years, Dolor said, the committee has done its best to raise the level of participation among Saint Lucians for their programme of activities. The main focus, she said, is to make people acknowledge that they are welcome to participate and that the event is not elitist.

“People felt that it wasn’t really for them and there was this kind of tag to it that it was for specific people,” Dolor explained. “But I think the theme we have now – ‘Celebrating Excellence’ – is now slowly getting to people for them to understand that it’s just not about the Nobel Laureates but about celebrating excellence of the people around us in all fields.”

Dolor said despite funding for Nobel Laureate Week diminishing each year, every effort is made to ensure that excellence remains a focal point of the calendar of activities. Even the NLW committee members, she said, have to chip in financially to ensure the programmes are properly executed. Sponsorship from the private sector, she added, is very sparse. Nevertheless, she expressed gratitude to those who continue to make the event a success.

“There are quite a few of us who do appreciate our laureates and that’s why we have this huge following…Our main aim and biggest goal is always going to be starting with the younger ones to make them realize how important these two men are, especially since we have one still alive,” Dolor said.

Governor-General, Dame Pearlette Louisy, who became chairperson of the Nobel Laureate Week Committee in 2000, renewed her call for Saint Lucians to embrace excellence. She said much work has been done to address the complaints that the event is for a select few. She also commended Saint Lucians for showing increased interest in Nobel Laureate Week.

“I’m pleased to say that the general public is finally embracing the significance of these observances and are using this festival to either celebrate or launch many of their own activities and projects,” Dame Pearlette said.

This year’s Nobel Laureate Week will begin with a church service at the Mount of Prayer at Coubaril on January 17. Among the other highlights include a tribute to PetronillaDeterville (January 17, National Cultural Centre), a Dolor Factor special, “Celebrating Excellence with Saint Lucia’s Writers that will air on NTN from January 17 to 31and Choice TV on January 31.