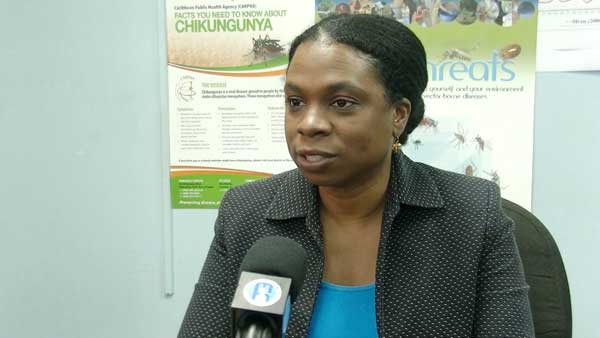 Over the past several months they have been quite vocal in warning Saint Lucians about the various dangers posed by crawling and flying insects, in particular of the dangers posed by the AedesEgypti Mosquito.

When we were beset by Chikungunya she and her team were there, giving advice as to how to avoid the disease and what we can do should we contract it. They displayed the same energy and vigour when the dengue fever epidemic hit as warnings and notices posted by the ministry were seen everywhere. They were exhaustive in holding press conferences and using the media to stir Saint Lucians into doing certain things to prevent the spread of the diseases.

Now they are back at it again, fearlessly warning Saint Lucians about the new disease that is spreading across the Caribbean called the Zika, caused by the same aedesegypti mosquito.

And although Saint Lucia has yet to record a case of the Zika virus the good doctor and her team are already all over the media advising Saint Lucians what to do to avoid the virus and what to do should anyone gets it.

But Fredericks is being practical as well saying that it’s just a matter of time before the disease hits us. And she is right because amongst us are a few stubborn ones who will simply refuse to adhere to the warnings and advice given.

How often have we seen good advice given by the authorities shrugged off by many of us to our detriment?

An example of this is seen in the number of vehicular collisions on our roads as noted in last year’s traffic analysis.

Despite the warnings from the police traffic department to reduce the speed at which we drive and to always buckle our seatbelts, we still recorded 1599 vehicular accidents resulting in 14 fatalities for the past year. The traffic department has been pointed in blaming speed for most of the collisions.

How many of us will tidy up our environment at home and at work to prevent mosquitoes from breeding, and so curtail mosquito borne diseases?

One thing for sure, we cannot fault Frederick and her team at the Ministry of Health if the Zika disease takes root here and spread. They have been doing their job in so far as warning and advising us as to what to do to prevent that from happening.

The ball, so to speak is now in our court. Will we continue to turn a deaf ear to the countless warnings and advice that are so regularly given to us, or will we pay heed and do as they say?

The challenge is now ours. Each one of us can do something, as small as it is, like ensuring we have no old pots or containers around our homes in which mosquitoes as can breed. It is only by so doing that we can remain Zika, Dengue and Chikungunya free.