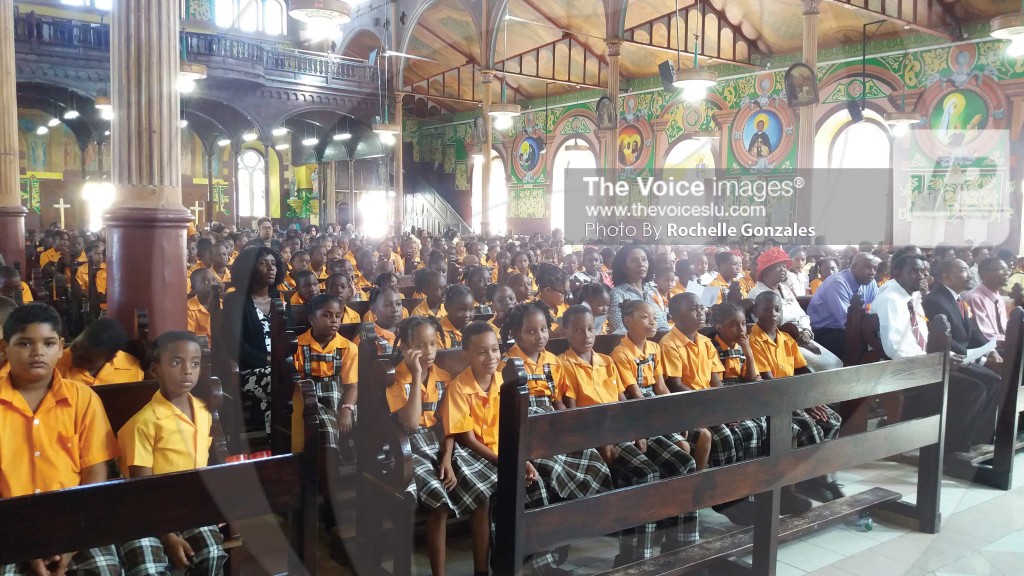 The Minor Basilica was alive with song and praise as teachers’ voices in song were drowned out by the voices of the children in attendance.

Musical artistes Michael Robinson and Jesmara Nelson were also present and the talented duo belted out beautiful music which left the children awestruck.

The school stuck to the first part of its motto: “Pray Hard, Work Hard, Play Hard” by commencing the celebrations with a thanksgiving church service. The event was well attended by teachers, students, parents and a number of guests including former principal of 14 years Virginia Meroe, District Education Officer Martha Foster and the Minister for Tourism and past student Lorne Theophilus.

During the service, a number of important messages were passed on to the youngsters with hopes of guiding them on in their lives as they grow up.

Theophilus reminisced about being welcomed at the school which was then known as the Sans Souci Government School by the founding principal, Carmen Rene and credited his success to a good foundation which he got from the school.

Theophilus told the students that they had the same opportunity to grab their success in the same way as they too are getting a good and strong foundation.

Giving the exhortation for teachers was Pastor Franklin Bray of the Seventh Day Adventist Church whose message was about compassion.

This trait, he said, is one that is vital from the upcoming generation for the future to thrive.