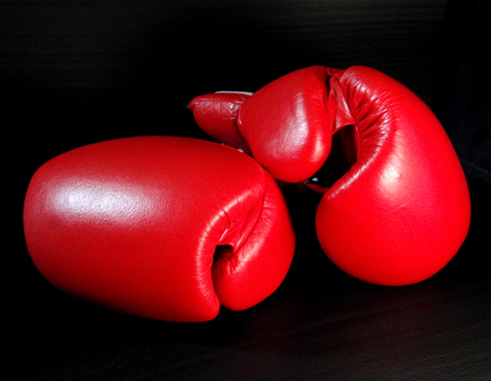 ST. LUCIA’S two boxers who took part in an invitational card in the Trinidad and Tobago Boxing Association on Tuesday evening put in a very impressive performance, but came out with mixed results.

Middleweight Arthur ‘The Lionheart” Langelier had an impressive TKO victory in the second round against his Trinidadian opponent RomelLezama.

Langelier knocked down his opponent twice in the first round and finished him with another knockdown in the second round forcing his corner to throw in the towel for an impressive victory.

Senior Boxer for the Year 2015 Lyndel “the Russian” Marcellin fought in the main event against Trinidadian Aaron Prince in a Welterweight contest. At one point in the contest Marcellin stunned his opponent with a flurry of punches, but he did not go down.

The fight was very well appreciated by the crowd on hand and the end result could have gone either way. In the end Prince narrowly edged out Marcellin on a split decision 2-1, two judges giving the fight to Prince and one giving it to Marcellin.
The event was used as preparation for the Trinidadian, St. Lucian and Guyanese boxers who were on the card as well for the Olympic qualifying event to be held in Buenos Aires Argentina March 9 -20.