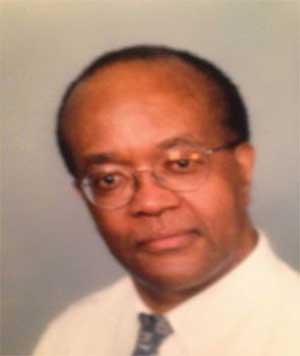 This eulogy essentially represents a tribute to Maurice Edward Victor Henry, originally of Vieux-Fort but resided in Canada for some 45 years.

He was born on October 13, 1938 the last of eight siblings to Stephanie and Smith Henry.

His father, Smith came to Vieux-Fort in the 1930s as a school master – the then title of a male head of a local primary or elementary school who was a personage in those days.

But back to Maurice. He attended St. Mary’s College as a member of Tapon House. He was commonly known as “Cal Q”, a moniker he earned by virtue of his mathematical skills both at the primary and secondary levels. Indeed, I am reliably informed he must have gotten his cognitive skills from his father whose forte I understand was arithmetic throughout his tenure as a local educator until 1952 at Vieux-Fort Boys.

Upon Maurice’s graduation from St. Mary’s in the mid-1950s with a Senior Cambridge Certificate, he joined the civil service as a clerk in the Treasury Department.

He rose through the ranks and worked there for a number of years before being transferred on promotion to Vieux-Fort in 1965. Situated at the corner of Garvey and Theodore Streets their building currently houses departments of several goveArnment ministries.

Maurice, like relatively few young men of his era was focused during his stint in Vieux-Fort. He managed his time properly in his pursuit of academia until he accomplished his goal i.e. matriculation requirements to continue his journey in the way forward.

He left St. Lucia in 1970 to enter the Ryerson Polytechnic in Canada where he successfully pursued a degree in Business Administration. Upon completion, he worked with the Federal Government as a Tax Officer and subsequently as an Auditor in Toronto until retirement in 2008.

Maurice Edward Victor Henry, the man who spent more than half his life in Canada made it his duty to pay periodic visits to his homeland, during which time he reconnected with family, old friends and acquaintance.

What attributes charactize his legacy? “Cal Q” was thrifty and frugal, but charitable and caring. In short, he was generous to a fault.

Finally, notwithstanding the fact that he lived most of his life abroad, for love of country it was always his wish to be buried in Vieux-Fort; hence our presence here today at his funeral service.

May he Rest in Perfect Peace.